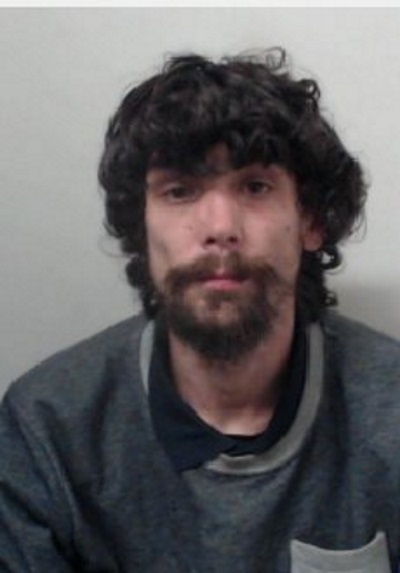 Christopher Parker aged 33 was sentenced to four years and three months at Manchester Crown Square today after pleading guilty to two counts of theft , one count of fraud and breaching his bail.

He has also been banned from Manchester City Centre for ten years as part of a Criminal Behaviour Order.

Parker had been near the Manchester Arena when an explosion took place inside the venue which tragically killed 22 people.

Among the hundreds hurt was a woman who was near the ticket office at Victoria Station.

Parker went through her handbag and passed her mobile phone to her so she could speak to her partner. But while looking inside the bag he then stole her purse.

The victim, who thankfully survived the attack, thought her bank card had been destroyed in the explosion but it was only when her partner checked her statement in June that a fraudulent transaction had been made.

The day after the explosion Parker also handed a silver iPhone 6 to a police officer. He had stolen the phone of a teenage girl who was also at the venue on the night of the attack and was injured during the explosion.

The 33-year-old, who was often sleeping on the streets at the time of the offences, was arrested by officers on 15 August 2017 in Crumpsall.

When interviewed he originally provided no comment responses before eventually claiming he took the phone and purse for safe keeping.

He was bailed to appear at court but did not turn up for his trial.

A warrant was issued for his arrest and he was located by officers in West Yorkshire on 2 January 2018 hiding in a loft.

Superintendent Chris Hill from GMP’s City of Manchester team, said: “No matter what personal circumstances you might find yourself in, to steal from injured and terrified innocent people is deplorable.

“Parker exploited these people when they were at their most vulnerable and needed the help of those around them.

“I cannot begin to imagine what they have been through and I want to thank them for their courage.

“We continue to offer our support to all those affected.”

Investigation launched after a family home was set alight in Crumpsall on two separate...