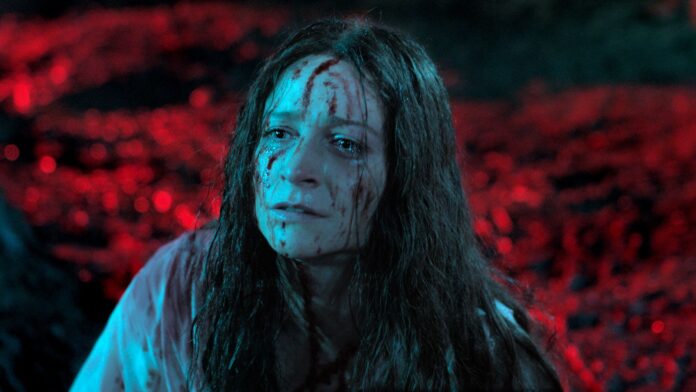 HOME have announced the first details of their reopening programme, including two new exhibitions and a programme of film releases including three Best Picture Oscar nominees and a new film season exploring filmmaking on film.

Dave Moutrey, HOME’s Director and CEO, said: “It is exciting to be able to announce details of our fantastic reopening programme of exhibitions and film screenings at HOME just a week after we told everyone about our plans for theatre at our temporary outdoor venue, Homeground. Between HOME and Homeground, we promise a Summer of brilliant film, art and theatre for the people of Manchester.”

Award nominees and films you may have missed

In its opening weeks, HOME will be showing a number of nominees for the Best Picture Oscar – Minari, Sound of Metal and Judas and the Black Messiah amongst them – plus key films previously available to audiences for online viewing only.

Minari follows a Korean-American family that moves to a tiny Arkansas farm in search of their own American Dream, while Judas and the Black Messiah tells the story of Fred Hampton, the gifted civil rights leader who rose through the Black Panther party to became chairman of the Chicago chapter. Sound of Metal stars the mercurial Riz Ahmed as Ruben, whose precarious, nomadic rock life is threatened when he suddenly goes deaf after a gig.

Francis Lee’s Ammonite, which previously had one screening at HOME to close the BFI London Film Festival, is a fictionalised account of the life of the 19th century paleontologist Mary Anning, played by Kate Winslet with Saoirse Ronan as the gentlewoman who falls in love with her while staying in Mary’s beloved Lyme Regis.

Also on the big screen for the first time will be County Lines, Apples, Muscle, Undergods and the brilliant and BAFTA and Academy Award nominated Quo Vadis, Aida? There will also be a chance to see the documentary Poly Styrene: I Am Cliché, examining the life of Marianne Joan Elliott-Said, the first woman of colour in the UK to front a successful rock band. Co-directed by Celeste Bell, Poly Styrene’s daughter, the film was previously available to stream via the HOME website.

HOME’s Q&A series will also continue, including a chance to hear Billie Piper talk about her first film as writer-director, Rare Beasts, which opens on 21 May.

Details of all the films to be screened at HOME this May can be found via homemcr.org/reopening2021.

A season of films on filmmaking

From 7 to 30 June, audiences will have their first chance to enjoy a new film season at HOME since FilmFear in October.

The process of making films, with its trials and tribulations, power struggles and self-doubt, has been a rich subject for numerous filmmakers, both established and emerging. The Reverse Gaze: Filmmaking on Screen will look at the act of creating images and more generally the process of artistic endeavour, offering along the way an analysis of the film industry and the personal struggles within it.

The season will include Wim Wenders’ The State of Things, Atom Egoyan’s Ararat, with a recorded introduction from the director, and David Fincher’s Oscar-nominated Mank, which imagines screenwriter Herman J. Mankiewicz and his development of the screenplay for Citizen Kane.

Also in the season will be the 1960 classic Peeping Tom, and Fassbinder’s damming reflection on the process of filmmaking, Beware of a Holy Whore, introduced by Andy Willis, HOME’s Senior Visiting Curator: Film and Professor of Film at the University of Salford.

There will also be a special preview screening of Censor, set in 1985 where after viewing a strangely familiar “video nasty”, Enid, a film censor, sets out to solve the past mystery of her sister’s disappearance, embarking on a quest that dissolves the line between fiction and fact. This special preview screening will be followed by a Q&A with director Prano Bailey-Bond.

The full line-up for the season can be found on the HOME website.

All cinema seating will be socially distanced, meaning capacity is limited, and pre-booking is advised to avoid disappointment.

In HOME’s main gallery space, Soul Journey to Truth, presented in association with Koestler Arts, will open on May 17.

The exhibition has been carefully curated by Lady Unchained (Brenda Birunji), who has selected over 130 artworks ranging from drawings and paintings, to pieces of writing and music. All the works are entries to the 2020 Koestler Awards, an annual scheme run by Koestler Arts, the UK’s leading prison arts charity, to promote artistic achievement in the criminal justice system and secure sectors.

Lady Unchained is an acclaimed London-based performance artist and poet, who is the Founder and Creative Director of Unchained Poetry, an artistic platform for artists with lived experience of the criminal justice system. Her mission is to prove that there is life after prison and challenge the ‘ex-offender’ label through creativity.

Admission to the exhibition is free, but tickets should be booked in advance as capacity will be capped to allow for social distancing.

The exhibition, which is sponsored by Timpson, is a trailblazer for the Ripples of Hope Festival presented by Robert F. Kennedy Human Rights, which will bring together together the arts, business, communities, activists, NGOs and the public to tell a new local and actionable story about human rights – one that is rooted in communities and the everyday.

The festival will take place in Greater Manchester from 15 to 19 September, with Soul Journey to Truth providing an early opportunity to find out more.

An online launch event, Is there Justice in our justice system?, will see Jude Kelly speaking to Brenda Birungi, Baroness Helena Kennedy QC and Nazir Afzal about how people end up jail, the experiences inside, and then what the future holds for ex-offenders.

Elsewhere in the HOME building, the Granada Foundation Gallery, which can be found on the first and second floor of HOME, providing a way to combine art with a social visit to HOME’s restaurant or cinema bar, will feature Sarah-Joy Ford’s Feeling Backward: a quilter’s guide to The Lesbian Archive.

The exhibition uses quilt to look back at lesbian pasts and take pleasure in the return to the images, iconographies and symbols that have been used to invoke lesbian strength, power and community throughout the 20th and 21st century: Sappho, the interlocking Venus, the labrys and the Amazon woman. But it is also an act of mourning the disappearance of the lesbian archive, dyke lands, lesbian history walks and lesbian spaces.

This year’s festival embraces the national Refugee Week theme ‘We Cannot Walk Alone’, taken from Martin Luther King’s iconic I have a Dream speech; the speech that called for all people of all backgrounds to join together in the fight for freedom, a rallying call which resonates across time and space.

Presented by HOME in partnership with Community Arts North West, the festival celebrates the enduring power of creativity and the incredible international artists who have made Manchester their home, with a provocative and stimulating programme of film, theatre, music, performance, and discussion, presented live and online.

Among the many highlights of this year’s festival will be a day of music and spoken work on the Manchester Stage at Homeground, HOME’s temporary outdoor venue, featuring performances from Luma Trio, North West Turkish Community Association Dance Group, Afrocats Youth Showcase, Gazelleband, Bayan Ensemble and Gemima Band.

More details of the festival programme will be announced in the coming weeks.

HOME’s café and restaurant will also reopen on 17 May, with advance table bookings available online from today.

The news of the programme comes just over a week after HOME announced they will be opening a temporary outdoor venue for theatre and culture, Homeground, on Friday, 28 May. The new venue will host a series of events suitable for a broad audience, including A Midsummer Night’s Dream and Alice in Wonderland as well as collaborations with Contact, Trans Creative and Z-Arts.

The venue will allow HOME to provide theatre in a safe, socially-distanced and enjoyable environment before indoor theatre returns to the building later in the year.