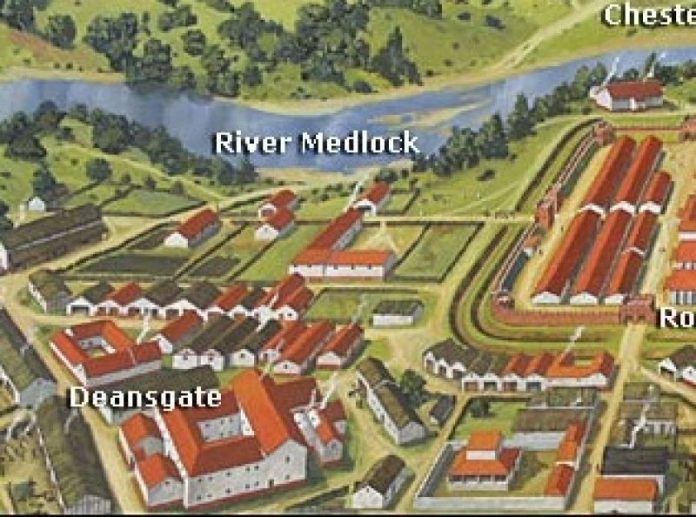 VOLUNTEERS are being sought for a dig into the birthplace of modern Manchester.

The Roman fort of Mancunium (AD 78) has been partly reconstructed at Castlefield in the city centre and is known to have covered an area between Deansgate, the river Medlock and the Museum of Science and Industry.

But what remains of the civilian settlement – the Vicus – which grew around it?

“Little is known about the Britons who lived outside the fort and how they lived,” says Sarah Cattell, an archaeologist at the University of Salford.

“Our dig will be looking for remains of roman roads, both inside and outside as well as pits, ditches any structural remains existing in the civilian settlement outside the fort.

“And we’re seeking volunteers – 15 a day – for the period September 6 – 8, if any local people are interesting in delving into their ancient history”.

The dig is a collaboration between the University of Salford and the Castlefield Forum which works to improve amenities and the local environment for residents.

“In particular we’ll be looking for the intervalum – the path that ran around the fort which we believe is around White Lion pub in Liverpool Road.

“The British settlement is fascinating because, while these Roman forts came and went, the settlements around them evolved into permanent places – today’s towns and cities.”

Salford Archaeology will provide all training, tools and equipment all need is sturdy boots, waterproof coat and lunch.