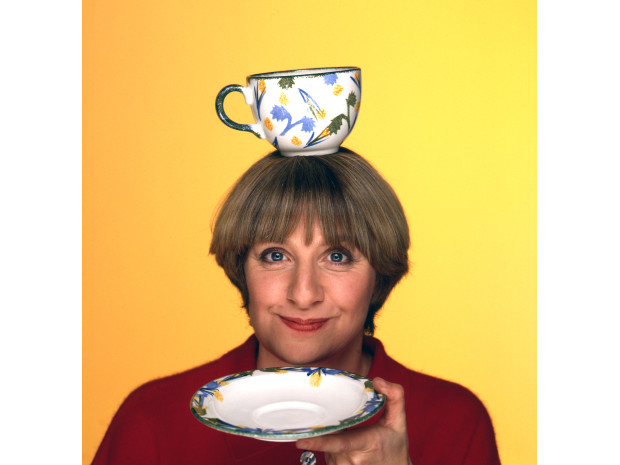 A wealth of treasures from Bury’s most famous daughter will be on show at a major exhibition devoted to the much-loved entertainer.

Working in conjunction with ‘Victoria Wood’s Literary Estate’, Bury Art Museum & Sculpture Centre is delighted to share original scripts, song sheets, photos and costumes all once belonging to Victoria Wood, brought together in this exhibition to remember and celebrate her life.

The exhibition in Bury opens on Saturday 8 September, and among the items featured are thee suitcase used by Victoria when doing her stand up shows which includes her make up box and make-up, and the iconic yellow beret worn by her in the Kimberley Friends gags.

There are Notebooks full of Victoria’s ideas, and original lyrics for the song Barry and Freda (“Let’s do it”) as well as photos from her childhood, teenage years and as a student at Birmingham University, and her appearance on New Faces in the 1970s.

Costumes from Victoria’s Christmas special ‘Victoria Wood with all the Trimmings’ worn by Victoria as Anne Widdecombe, Maxine Peake, Alan Rickman and Richard E. Grant will be on display as well as scripts, some of which are handwritten and annotated by Victoria, including Talent, Victoria Wood Presents, dinnerladies, As Seen on TV, Housewife 49, Acorn Antiques the Musical and Victoria’s awards, including her OBE medal and CBE certificate.

The exhibition will also feature a video montage, which will include behind the scenes footage of the filming of ‘Victoria Wood’s All Day Breakfast’ which was broadcast on BBC One on Christmas Day 1992, and a recording of a rehearsal of dinnerladies before a live audience.

It will include her stand-up routine featuring the characters Kimberley’s Friend, Hayley Bailey the step aerobics instructor and the songs The Ballard of Barry and Freda (Let’s Do it), Pam and Oh God you know I’m 40 odd.

Susan Lord, museum and exhibition curator, said: “We are thrilled to hold this exhibition and are grateful to Victoria’s Literary Estate and her family for lending us so many items relating to Victoria’s award-winning career and her home life too.

Councillor Judith Kelly, Bury Council’s cabinet member for corporate affairs and HR, said: “Victoria was one of the nation’s best-loved comedians, actors and writers, and we are proud that we can call her one of our own. It’s a privilege to be able to host this exhibition which I’m sure will attract Victoria’s fans from far and wide.”

Bury Art Museum is open from 10am to 5pm (Tuesday to Friday) and from 10am to 4.30pm on Saturday. Admission is free.