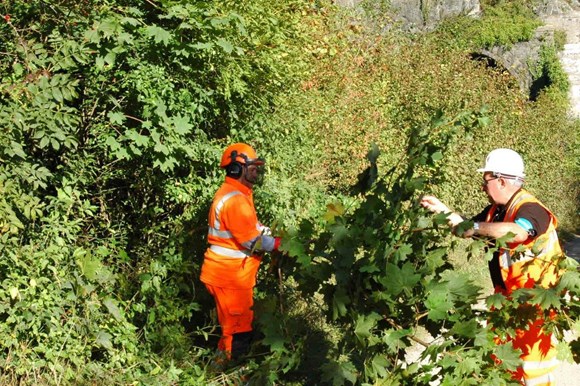 Instances of train delays caused by trees falling onto the tracks could dramatically reduce as Network Rail, the company responsible for running and maintaining the railway, rolls-out a national “tree census” database with the ability to identify and target specific trees that could eventually cause problems for train passengers.

More than 10 million trees growing next to the railway have been catalogued as part of a sophisticated aerial survey covering 20,000 miles of Britain’s track.

The database provides engineers with a heat map indicating higher priority “problem trees” or overhanging tree canopies which need attention before they fall onto the railway and cause delays to train journeys.

Part of the Offering Rail Better Information Service programme (ORBIS), the database, now completed and deployed across the company, will revolutionise the way lineside engineers target their work, as well as save the company time and money.

The tree census is the latest offering from ORBIS, a transformation programme aimed at supporting the railway industry by collating, analysing and exploiting data from a variety of disparate sources – from Brunel-era working drawings on parchment, ordinance survey maps, water and gas board plans, to high-resolution aerial and oblique imagery and Light Detection And Ranging (LiDAR) 3D imagery.

So far, the ORBIS initiative has saved Network Rail £207 million by helping engineers make smarter decisions, and “predicting and preventing” incidents. New additions to the programme, like the tree database, mean ORBIS is forecast to save £281m by 2019.

Paul Meads, head of lineside safety at Network Rail said: “Our analysis revealed the majority of trees that fall on the railway during storm conditions are healthy – yet previous inspections may have assessed these as lower risk. We’ve surveyed up to 60 metres either side of the railway covering 20,000 miles, and catalogued over 100 different attributes per tree including height, thickness, health, slope angle, proximity to bridges and power lines etc., which are measured to predict the risk an individual tree represents to the railway.”

Global gateway to the world

Figures reveal shocking levels of poverty in the North West