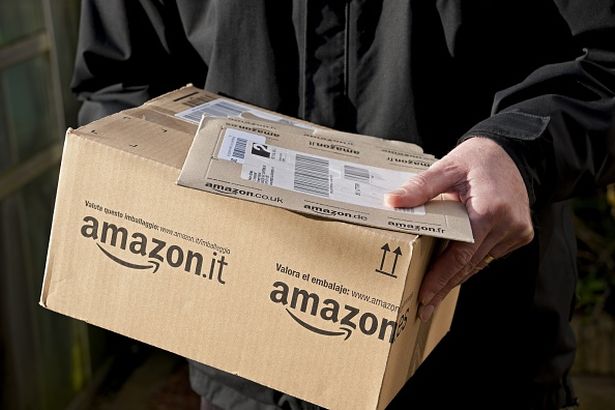 More than one million households in the UK could have been victims of the scam known as ‘brushing’, having received mystery Amazon parcels, as sellers use dubious tactics in a bid to game their way to the top of the Amazon Marketplace rankings, Which? research has suggested.

The consumer champion is concerned that third-party sellers are exploiting Amazon’s highly competitive search ranking system for products – which favours items with high sales volumes and good reviews – and putting consumers at risk of being misled when they buy products on the platform.

Which?’s nationally representative survey of almost 2,000 people found that four per cent of respondents said they or someone in their household received a mystery Amazon package at their home address that they did not order, was not sent by a known person and was not taken in for a neighbour.

People reported receiving items such as magnetic eyelashes, eyelash serum, toys for pets and children, bluetooth accessories, an iPhone case, a frisbee, medical gloves and more. These items are cheap to ship in large volumes, which is a typical hallmark of the scam.

Scaled up this would mean 1.1 million UK households could have been targets of brushing. This involves an unscrupulous seller, or an agent acting on behalf of the seller, sending items to unsuspecting people and then falsely logging it as a genuine sale in order to artificially inflate sales volumes.

Some sellers take the brushing scam a step further by creating a fake Amazon account linked to the unsuspecting recipient’s address to ‘purchase’ the item themselves and then leave a glowing fake review.

Which? has heard from victims who have been inundated with items, from cheap electronics to beauty products, that they knew nothing about turning up at their door – raising question marks over how their personal details were found as well as the environmental impact caused by these unwanted items.

Teresa Martin, a 67-year-old retired teacher from Swindon, told Which? she began receiving mystery Amazon parcels in October 2020. She assumed they had been wrongly sent to her address – not least because she does not shop on Amazon and they were addressed to two people named Moses and Zachary. Martin searched for their names online, and in neighbourhood groups, with the hope of sending the parcels on to their intended recipients, but neither seemed to exist.

She contacted Amazon about the parcels when they first arrived but still they kept turning up, sometimes more than one a day. Moreover, Amazon did not appear “bothered at all” she said, and told her to keep the parcels or dispose of them as she pleased. She began to grow concerned about why her address had been targeted and whether she was the victim of an elaborate scam.

Items she received included a Bluetooth wireless karaoke microphone for children, a webcam, face masks and a glass teapot. She got in touch with the local police and then in touch with Action Fraud, though neither investigated the issue. Still the parcels – 50 of them in total – kept coming and only stopped arriving in May 2021. She said: “They were all odd cheap things, nothing particularly useful” and “we just took them to a charity shop as soon as we were able to.”

Amazon told Which? that brushing is “orchestrated by bad actors” and that it “has robust processes in place to prevent abuse from impacting our reviews, search rankings and other customer experiences.”

Amazon has said sellers find the addresses, and in some cases names, from a wide range of publicly available sources – for example, where a company sells on customer data. But there are other ways Amazon sellers can access addresses – including potentially from Amazon itself via its seller platform for merchants, and from a seller’s list of customers that it serves on other marketplaces and platforms. Which? checked, and by viewing invoices, Amazon sellers do appear to have access to customer addresses. It is not clear, however, how many brushing scams originate from this data.

Which? spoke to marketplace experts based in Shenzhen, China, where many Amazon third-party sellers are based. Both experts Which? spoke to felt Amazon should do more to level the playing field for legitimate sellers.

Eric, a marketplace logistics expert based in Shenzhen, told Which? that brushing is widespread and “systematic.” He said: “Brushing has been going on for at least a decade. The only reason it has now gone wild is because ecommerce has been accelerating very rapidly, especially because of the pandemic.”