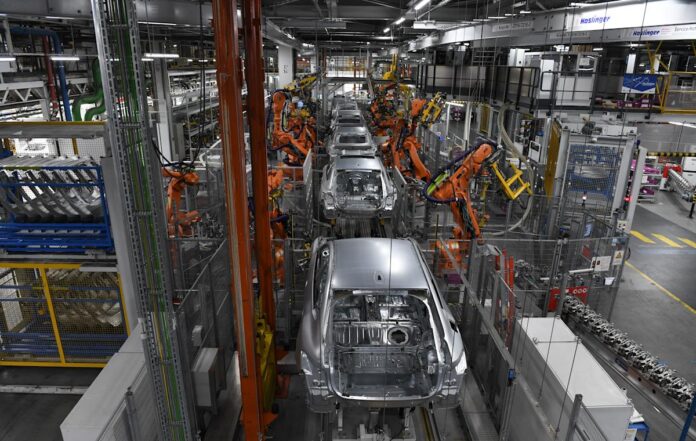 Output volumes among manufacturing SMEs saw slower growth in the three months to October, while fears that labour and materials shortages could impact future production hit an all-time high.

The CBI’s latest SME Trends Survey – completed by 249 companies – shows that growth slowed over the past three months, following July’s record rise in output. However, growth remains solid in comparison to the long-run average, and is also expected to pick up again in the coming quarter.

The three months to October saw further strong growth in firms’ headcounts, despite the rate slowing slightly from July’s record high – with expectations for headcount growth to accelerate again in the coming quarter.

However, almost two-thirds of SME manufacturers reported concerns that supply of materials/components could impact output in the next three months – the highest share on record (since 1988).

Concerns over the availability of skilled labour (46%) and other labour (25%) were also higher than at any other time in the survey data’s 33-year history.

Firms reported that growth in average unit costs, domestic prices, and export prices in the three months to October sped up to their quickest on record, and growth in all three is expected to accelerate further next quarter.

Elsewhere, business sentiment was broadly flat after having grown rapidly in the past two quarters. Investment intentions for the year ahead softened somewhat on the previous quarter, but generally remained strong.

“The optimism of summer has given way to an uncertain autumn for SMEs in the manufacturing sector, as firms struggle with persistent supply challenges and acute cost and price pressures.

“It has been encouraging to see Government recognise the issues facing businesses and begin to take action to address supply chain issues and skills shortages. Creation of the new supply chain taskforce is a welcome step, and crucially utilises expertise in understanding and addressing these challenges.

“Business and Government working together is the best way to restore momentum to the UK recovery, and move towards building the high-wage, high-skill, high-investment, high-productivity economy that we all want to see.”

Caroo Continues to Go from Strength to Strength