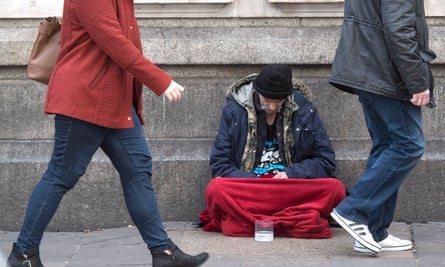 Greater Manchester’s unique and ambitious A Bed Every Night scheme assisting people sleeping rough across the city-region is to be boosted by 40 beds and £300,000 of additional funding this winter, following an intervention by the Mayor of Greater Manchester, Andy Burnham.

Focusing funds on the scheme through his Mayoral Priorities Fund, the Mayor plans for an expanded A Bed Every Night to continue the progress made in addressing rough sleeping in Greater Manchester, with the latest data showing a 57% decline in the numbers of people sleeping on streets over the last three years.

The £300,000 A Bed Every Night expansion means that extra provision will be suitable for people with dogs and will supplement the capacity of the overall scheme which has been transformed this year to provide warm, safe and Covid-secure emergency accommodation for our city-region’s most vulnerable citizens.

A Bed Every Night sits alongside the Government’s £398,000 Cold Weather funding for Greater Manchester’s local authorities. From March next year, more than 240 new tenancies will be created for people at continued risk of rough sleeping through Government’s Next Steps Accommodation Programme, backed by more than £12.7m of funding for the city-region this financial year.

Andy said: “To see rough sleeping continue to decline across our city-region is incredibly heartening. It has been an incredibly tough year and so it is encouraging to see continued progress. Clearly, our continued focus on ending the need for rough sleeping, integrating our response and working closely together across public, private, charity and faith sectors, is making a very real difference to the lives of so many people.

“I want to pay tribute to the dedicated, hard work of all those who continue to work in our A Bed Every Night and other homelessness schemes. They are doing so during the midst of a pandemic and in a winter when many people are facing the very real and frightening prospect of homelessness. We will not shirk from our responsibilities as a city-region – we care about each other and do not walk on by. We are working hard to end the need for rough sleeping here in Greater Manchester.”

A total of 480 households – individuals and couples – are currently living in 24 A Bed Every Night emergency accommodation sites across Greater Manchester. Supplementing A Bed Every Night, the ongoing delivery of other programmes – including the city-region’s Housing First pilot, the Social Impact Bond, and the 2,000 individuals assisted by the Government’s ‘Everyone In’ directive in the Spring – has also contributed to the fall in numbers.

Bed Every Night, and other vital work happening to tackle homelessness across the city-region, continues to be bolstered by private donations and other fundraising for the Greater Manchester Mayor’s Charity – visit gmmayorscharity.co.uk for more information.

In addition, the OneGM campaign is fundraising for a hardship fund for Greater Manchester residents hit hard by the economic consequences of the pandemic.

Man in his 50’s killed after being hit by a van in Bolton early...

The impact of 10 years of austerity on the North of England has been...