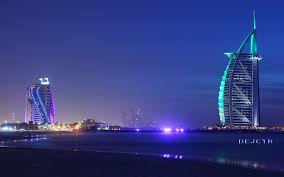 People of Manchester are most likely to be jetting off to Dubai, Orlando or New York. The top ten most popular long-haul routes in Greater Manchester are:

In recent years Manchester Airport has added numerous long-haul routes to its network that in the UK, can only be found at the Northern hub, or in London. These include Beijing, San Francisco, Boston, Muscat, Houston and Hong Kong to name a few.

It is for this reason why the airport pulls in so many passengers from a vast catchment area as people want to fly direct rather than hubbing through other airports or travelling down to the congested capital.

Many of these routes are providing vital connectivity to international markets for key sectors like tech, life sciences, energy and advanced manufacturing.

Manchester Airport’s long haul routes are also bringing hundreds of thousands of international tourists into the city centre each year, providing a boost to hotels, restaurants and visitor attractions.

The airport’s catchment spans north to Scotland, south to the Midlands, west to Wales and Merseyside, and east across Yorkshire.

Julian Carr, Aviation Director for Manchester Airport, said: “It is interesting to see the mix of destinations and how they differ from county to county across our vast catchment area.

“It is clear Manchester Airport is providing vital access to people across the North and beyond to key sites of economic opportunity, holidays and the chance to visit loved ones abroad.

“Whether people want to fly from Bolton to Beijing, Manchester to Montego Bay or Salford to Singapore, we will continue to strive to offer and secure all our 27.8m passengers a broad range of destinations.”

As well as adding numerous destinations in recent years, 2018 will be the airport’s busiest ever year and will see the launch of direct flights to Seattle, with Thomas Cook Airlines, again making Manchester the only non-London airport in the UK with this route. It will also see the biggest ever investment in the airport as the £1bn transformation continues at pace.

Salford Brewery invests £70k in business rebrand to put ‘family’ at the heart of...

North West businesses get on board to bid for HS2 contracts