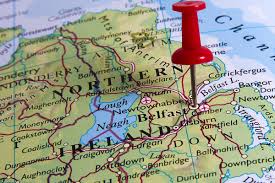 Manchester Airport has launched a new marketing campaign to attract passengers from Northern Ireland to its long-haul network.

The multi-platform campaign aims to target the 135,000 passengers a year that currently connect to long haul routes via other UK airports.  Manchester Airport’s campaign aims to raise awareness of the extensive long-haul network with particular focus on routes to North America, the Middle East and Asia.

As part of the campaign, the airport has joined forces with Tayto, the leading crisp brand in Northern Ireland, for a 10-week campaign to promote the long-haul network and offer their customers the chance to win a holiday.

The campaign features an exciting on-pack promotion on nearly 240,000 packs, detailing a microsite mechanic to enter the competition, found at www.roughcutsabroad.com. The main prize is a holiday abroad to one of the three countries which the Taste of Abroad flavours were inspired by; China, Mexico and the USA.

As well as this, the airport is targeting passengers with out of home advertising, national radio and a PPC campaign.

Patrick Alexander, Head of Marketing for Manchester Airport, said: “We know that people from Northern Ireland want to travel to long haul destinations across the world and currently have to connect via other airports in the UK.  This campaign aims to raise awareness of the extensive long haul network we offer via Manchester with easy connectivity from Northern Ireland.”

“Our research has shown that our consumers enjoy trying new tastes and are becoming increasingly attracted to flavours inspired by international cuisine and ingredients. In response to this, we developed the new limited edition ‘Taste of Abroad’ flavours for Rough Cuts,” says Elly Hunter, Tayto Marketing Director. “This strive towards global tastes and trends, combined with the target market’s love to travel, created a perfect fit for a partnership with Manchester Airport for this campaign”.

There are currently up to 10 flights a day between Belfast and Manchester Airport with Flybe, easyJet and Ryanair.  Manchester is the third largest airport in the UK and is the only airport outside of London to offer direct flights to likes of Boston, Houston, LA, San Francisco, Hong Kong and Singapore.