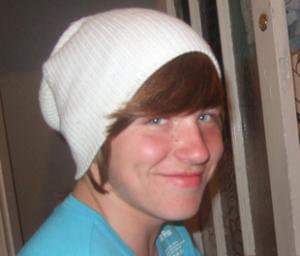 FAMILY members and friends who have lost loved ones have shared their heart-breaking stories as part of a new campaign to prevent accidental drownings in open water.

Mums, friends, sisters, an uncle and a step-dad – whose lives have changed forever since losing a special person – have come together to help reach out to others in an attempt to stop them ever experiencing the same heartache as them. Each one of them has taken part in a short film with GMFRS supporting the campaign to help keep people safe around open water.

Since June 2016, GMFRS firefighters have been called to 31 fatal water incidents. Sadly, many of those who drowned were young men who got into difficulty after jumping into open water on a hot day to cool off over the summer months, however, these incidents can happen at any time.

As part of the campaign there will be a Water Safety Day of Action on Friday, July 31, 2020 – which will see firefighters from across GMFRS join together with Greater Manchester Police, United Utilities and other local partners to help raise awareness of the dangers of open water. Some family members who have lost loved ones to drowning will also be involved in the day.

Leeanne Bartley is one family member who is working with GMFRS and supporting the new campaign. Her 18-year-old son, Mark Allen, drowned in Debdale Park in June 2018 after going into the water. Leeanne, her husband David, and Mark’s eldest sister, Lauren Allen, have shared their experience of what it is like to lose a loved one to drowning and living without Mark.

Natalie Lawson is also part of the campaign. Her 16-year-old son, Paul, drowned in June 2018 after he went swimming with his friends in Greenbooth Reservoir. It was a hot day and the teenagers thought it would be a good idea to go into the water to cool off. Natalie has bravely shared her story with GMFRS to help raise awareness of just how dangerous open water, such as reservoirs, can be.

Paul’s friends – Ben Hough and Jordan Yates – have also shared their stories of losing a close friend. The pair are urging people not to go into open water and talk about how their lives have changed forever.

Chris Jordan, who is the uncle of Jack Pullen, is backing the campaign. Jack drowned in July 2016 at age 16 in the River Etherow in Broadbottom, near Hyde. Since Jack’s death, Chris has set up the Jack Pullen Foundation to help raise awareness of the dangers of open water.

Chris and Jack’s sister, 16-year-old Fallon Pullen, talked with GMFRS about how they lost Jack and the life-changing impact it has had on their family.

Chris and other members of Jack Pullen’s family will be joining local firefighters to put up banners close to the area of water where Jack drowned as part of the Water Safety Day of Action.

Dylan Ramsay drowned in a quarry near to Chorley, Lancashire, on July 3, 2011, at 13-years-old. His mum, Beckie Ramsay, has been campaigning to raise awareness of the dangers of open water since that time and has worked with GMFRS and Lancashire Fire and Rescue Service over the years. Beckie has also shared her story of losing Dylan as part of the campaign.

Deputy Mayor of Greater Manchester for Policing, Crime and Fire, Bev Hughes, said: “We are pleased to launch our water safety campaign in Greater Manchester and are really grateful to family members and friends who have lost loved ones for coming forward to help us spread the important message of staying out of open water and helping to save lives.

“We know that sharing personal stories is a very difficult and brave thing to do, though it really does help to show the impact which devastating tragedies, such as losing a child to drowning, has on families and how this kind of incident changes so many lives forever.”

GMFRS Assistant Chief Fire Officer Leon Parkes said: “Cold Water Shock affects even the strongest of swimmers and can kill you in just 60 seconds. You also never know what is lurking beneath the surface – people have drowned after getting tangled up in undergrowth and other things hiding in the water.

“We don’t want to stop people having fun, however, safety is key as we continue with our mission to remind young people and their parents or carers of the dangers associated with going into open water, especially during the summer months as we spend more time outdoors.

“We are aware of incidents during recent hot spells involving people jumping into open water, such as Salford Quays. I can’t overestimate the dangers of this which is why we are absolutely committed to supporting the Water Safety Day of Action – when our firefighters will do whatever it takes to get these important safety messages across to people.”

The Water Safety Day of Action on Friday, July 31, will see a number of activities take place across Greater Manchester, including water training in the River Irwell, Clifton, where volunteers will talk to passers-by about water safety, in line with social distancing guidance.