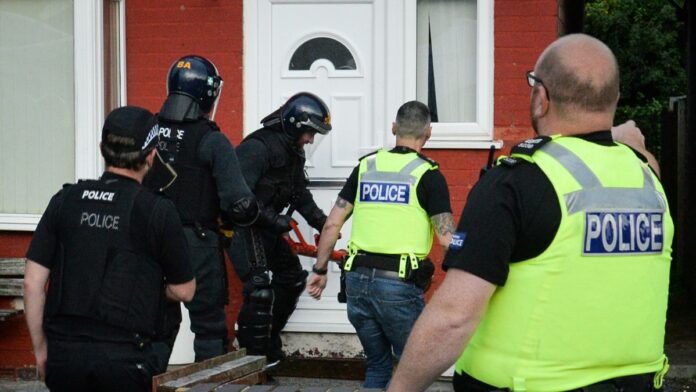 Greater Manchester Police (GMP) has been named as the fourth police force in the country to receive dedicated funding to take down County Lines drug networks which are destroying lives and tearing apart communities.

The decision follows data analysis which indicates Manchester is consistently one of the top five areas in England and Wales for County Lines drug activity, which is in turn linked to the flow of guns and knives into the area often used to commit violent crime.

The force will receive the additional support and investment from the Home Office over the next three years to pursue and lock up the ruthless criminals who often exploit young and vulnerable people for their own financial gain, taking them off the streets.

With this additional support, GMP will create a dedicated team to disrupt the highest harm and most profitable county lines. They will conduct investigations to identify the controllers of the phone lines used to push drugs such as heroin and crack cocaine to vulnerable people, and arrest and prosecute them, closing down that drug network for good. The new team will work alongside GMP’s existing Challenger programme to prevent the exploitation and serious violence committed by County Lines gangs and safeguard vulnerable children and adults.

Their work will contribute towards the Government’s new Drug Strategy target of eliminating more than 2,000 County Lines over the next three years, backed by up to £145 million of investment to do more than ever to tackle the most violent and exploitative distribution model seen yet.

“The controllers of drug networks around Manchester are ruthless criminals motivated by nothing but greed.

“They fuel violence and exploit children to do their dirty work, so they can stay undetected.

“But we see them, and with this dedicated team, Greater Manchester Police will do more than ever before to stop them and spare the local community from their poison.”

GMP now joins the Metropolitan Police Service, West Midlands Police and Merseyside Police which have all benefitted from extra funding due to their County Lines Importer Force status since 2019.

“We are incredibly grateful to receive this additional funding, which will bolster our efforts to smash County Lines activity and target those who prey on vulnerable children to commit their criminal deeds.

“These shadowy networks are often very complex, and the people involved are prepared to bring violence and serious crime to the streets of Greater Manchester, so establishing a dedicated team will allow us to focus more attention on them than ever before and get those responsible firmly in our crosshairs.

“Working alongside our partners within the existing Programme Challenger partnership, we’ll not only be disrupting and dismantling networks but also ensuring that the vulnerable people affected will get the best possible support available.

“We know that County Lines activity is high in our area, and I want to make it known to anyone who is committing these crimes in Greater Manchester that, quite simply, we will not tolerate it and our newly-established team will do everything in their power to stop these criminals operating.”