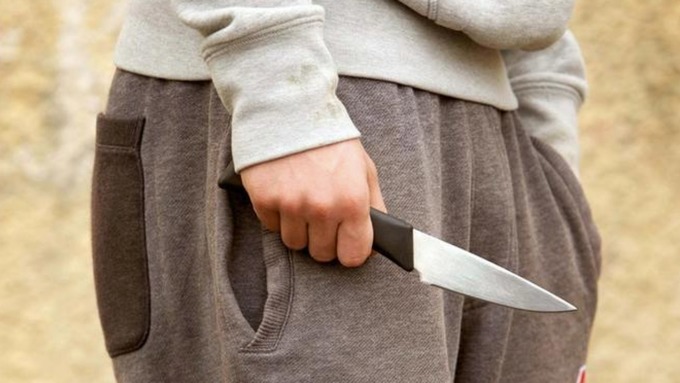 During the first three days of Op Sceptre in Manchester City Centre there have been 53 stop and accounts and 54 stop and searches. Following this a number of weapons were found and subsequently seized and eight people have been arrested.

Included in this was a weapon recovered and confiscated from a 53-year-old man, where a warning was issued following his arrest.

A 17-year-old boy was arrested on Monday 16 September following a stop and search in Piccadilly Gardens, Manchester. The boy was found to be carrying a knife and as a result has been referred to the Youth Offending Service.
The Operation Sycamore team will now delve deeper in to the reasoning of why a boy of previous good character felt the need to carry a knife.

An 18-year-old man was arrested on Monday 16 September following an incident on Crescent Road, Ashton. A moped was stolen at knife point on a canal tow path. The man has been released under investigation.

Stockport officers have arrested two 17-year-old boys on suspicion of affray and assault. A machete was discovered close to where the incident occurred so officers are currently investigating.

In Bolton the wider neighbourhood team is working with a number of schools this week to educate both children and parents to help them understand the consequences of their actions.

Officers in Bolton have issued a warning following the interception of a stun gun that was ordered online.

Officers from Bury are conducting weapons sweeps this week and have found one knife that has been safely disposed of.

GMP will continue to provide targeted patrols, weapon sweeps, visits to schools and more through Operation Sceptre and Sycamore in an effort to reduce knife crime across Greater Manchester.