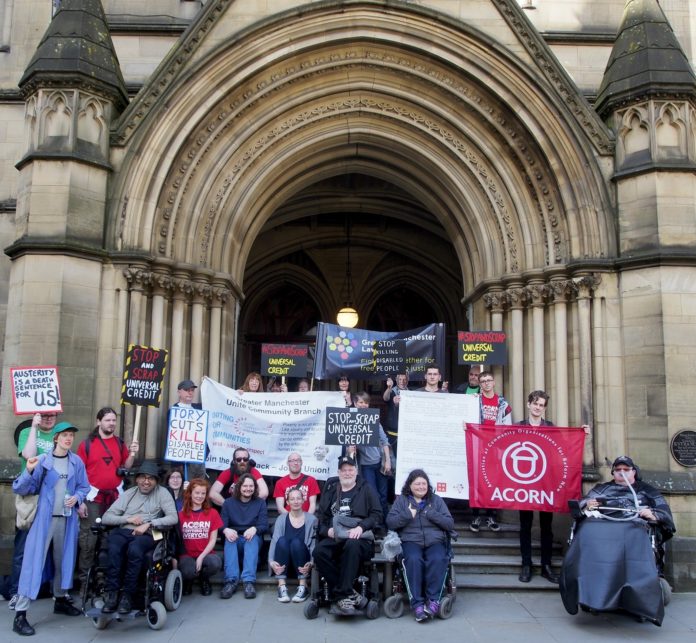 Legal Aid has been in the spotlight. This week, headlines have lamented the closure of half of all law centres and not-for-profit legal advice services and lawyers, politicians, community groups and campaigners have reflected on the 70-year anniversary of the introduction of legal aid.

The devastating news broke that Lambeth Law Centre is closing after several decades due to financial pressures, and MPs have visited law centres and legal advice clinics across the country to be shown the vital importance of early legal advice.

Amidst this, the Greater Manchester Law Centre (GMLC) is forging a future for access to justice and calls on others to keep up the fight.

Against the odds GMLC is growing, not least by recruiting for new social welfare solicitors, a welfare benefits supervisor, and a director. GMLC will soon be accepting applications for a trainee solicitor as a host organisation for the Justice First Fellowship scheme, as part of supporting the next generation of lawyers who are braving the challenges of social welfare and legal aid work. GMLC have renewed their pleas for much-needed funding for free and independent legal advice and representation by personally appealing to all Greater Manchester MPs and council leaders.

Law centres provide free, face to face legal advice and representation in the areas of law where marginalised groups and people in poverty are disproportionately targeted – the areas of law traditionally covered by legal aid, and the areas where people are facing increased hardship as a result of austerity, discrimination and rising racism. Having been open to the public for three years, GMLC has represented homeless people resisting eviction from a hostel and battling to enforce their rights to accommodation from the Council, has fought alongside tenants taking on rogue landlords, and has recovered over £2 million for people wrongly denied benefits. In the wake of the Windrush scandal, GMLC stood in solidarity with the local community and gave information to people threatened by the hostile environment. GMLC also campaign with others for change, including being a vocal critic of the proposed Public Space Protection Order, which is currently being considered by Manchester City Council.

The Guardian reported that “half of all law centres and not-for-profit legal advice services in England and Wales have closed over the past six years, according to government figures.” Further answers to questions by Richard Burgon, shadow justice secretary, reveal that Ministry of Justice funding for law centres through legal aid contracts dropped from £12.1m to £7.1m

The destructive impact of these statistics was bitterly illustrated when, on the same day as the Guardian headline, Lambeth Law Centre announced its immediate closure due to financial pressures caused by legal aid cuts and increased operating costs

Messages of anger and solidarity came from across the country. Mark George QC, head of chambers at Garden Court North, said it was “a terrible day for the poor and disadvantaged you have served so well all these years”Shadow Home Secretary Dianne Abbott said, “I was involved in campaigns based in Lambeth Law centre over 30 years ago. So sad to see it close. What will the poor & disadvantaged do in South London now!”

Nimrod Ben-Cnaan, head of policy and profile at the Law Centres Network, said: “Lambeth Law Centre has had a proud record of service to south Londoners priced out of justice. Its loss, due to adversity we all share, strengthens our movement’s resolve to fight on for social justice for our communities.”

“Greater Manchester Law Centre is one of the inspirations behind this policy commitment”.

To celebrate 70 years of Legal Aid, on 18 July the Justice Alliance – an alliance of legal organisations, community groups, grass roots and other campaigning groups – hosted a launch of a “Legal Aid Matters” pamphlet with 70 key legal aid cases contributed people including prominent lawyers, activists and MPs, with a foreword from Lady Hale

The need for support in Greater Manchester

Earlier this month, in personalised letters to all MPs and council leaders in Greater Manchester GMLC chair John Nicholson wrote: “May I take this opportunity to draw your attention not only to the severity of the attacks on people most in need of free and independent legal advice and representation, but also the depth of the crisis facing the voluntary sector in Greater Manchester which has been striving to provide what help it can”. The letter called upon politicians and councils to endorse GMLC’s manifesto, against benefit cuts and sanctions, the disastrous Universal Credit regime, rising homelessness and the hostile environment for claimants and migrants.

Crucially, the letter called for practical support in the form of funding for free legal advice and representation across Greater Manchester. Manchester Gorton MP Afzal Khan encouraged the Greater Manchester Combined Authority to financially support access to justice, stating, “Long-term funding is desperately needed both to sustain existing generalist advice, and to ensure the availability of specialist legal advice, which is essential for people facing complex benefit, housing and immigration problems. National government cuts have taken the largest toll on the most vulnerable in our society and charitable organisations rightly do not believe that they should be forced to fill this gap.”

Kathleen Cosgrove echoed concerns about the future of legal advice and representation: “It is now so difficult for legal aid solicitors to survive that they decide to or are forced to pack it in. It is telling that a large proportion of the legal aid providers left in Greater Manchester are from the voluntary sector, surviving as a result of other charitable sources of funds.

As part of a campaign spearheaded by Young Legal Aid Lawyers and the All Party Parliamentary Group on Legal Aid, over 40 MPs have signed up to visit law centres and legal advice clinics over the next few months to see the importance of comprehensive legal advice

GMLC are planning visits with Greater Manchester MPs Yasmin Qureshi and Kate Green. Kathleen Cosgrove explains the need for early legal advice: “Just as we would face a crisis in public health if you withdrew preventative medial services and limited access to GPs to those who were already at death’s door, so too we now face a homelessness crisis, mass reliance on food bank provision, and rising suicide rates for disabled people because people are denied access to early legal advice.

A need for support

GMLC’s fight for free access to justice requires more than raised awareness of the importance of legal aid: it needs practical support. The addition of new social welfare solicitors, a welfare benefits supervisor, and a director to GMLC will strengthen this campaign and will make a huge difference to Greater Manchester communities fighting for justice.