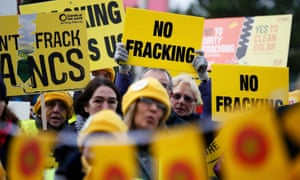 Councils in Greater Manchester are investing £1 billion into the fracking industry, the Liberal Democrats have revealed.

Manchester Council is a leading member in a regionwide £1bn investment into the fracking industry, despite a policy opposing the controversial drilling.

The region’s councils invested more half a billion pounds into global fracking giants BP and Shell, whilst companies like Statoil, Exxon, Chevron also received hundreds of millions each.

A total of 6% of the £17bn pension fund went into fracking, making it the second largest investment by proportion of its fund but the largest overall investment in the country,

Public support for fracking has been consistently low, with the recent polls suggesting just 18% of people in the UK support the drilling.

But a 2014 poll run by the Manchester Evening News found that 73% of Greater Manchester residents opposed fracking.

Despite this, Greater Manchester Labour Councils are supporting investing nearly £1bn into the fracking industry.

In the last full council meeting, Labour refused Lib Dem questions to clarify their position on the investment.

The revelation follows the Government’s recent decision to allow fracking in the UK, with Cuadrilla set to become the first company to begin the controversial practice.

“Fracking is widely unpopular across the country and in Manchester, some polls even indicate that up to 80% of local people oppose it.

“Climate change is the single biggest threat we face and rather than leading the fight for our environment, Labour councils in Greater Manchester are investing in the most unpopular, dirtiest and most damaging industry imaginable.

“Imagine the difference this £1bn could make if redirected into renewable and clean energy.