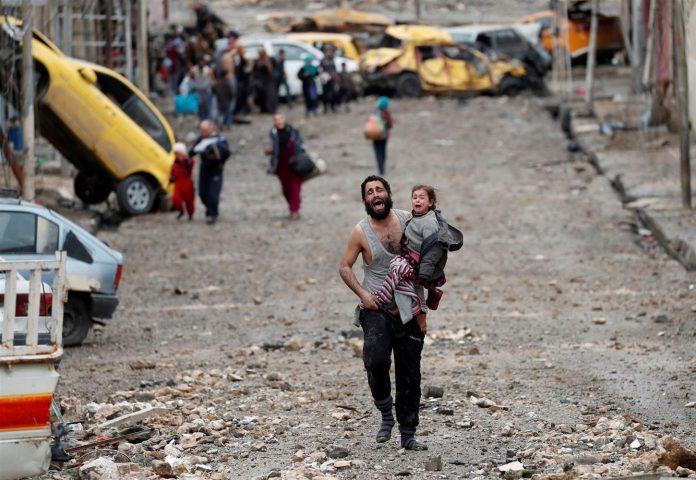 UNHCR (United Nations High Commission for Refugees) have announced they will be awarding Human Appeal, a humanitarian aid charity based in Greater Manchester, over £4.3 million to distribute aid in Mosul, Iraq which has recently been liberated from ISIS.

The UNHCR has decided to award $5,632,092.97 to Human Appeal, whose headquarters are in Cheadle, to distribute Core Relief Items to 150,000 people living across Mosul.

The fund will also allow Human Appeal to extend their emergency shelter response project by providing 216,000 people in Mosul with emergency shelter kits and “sealing-off kits” for families living in partially destroyed homes, due to the fighting. The funding will also go to research into the crisis facing people displaced within Iraq by the conflict.

Human Appeal are currently one of the few aid agencies with offices inside Mosul, Iraq delivering aid to the people inside of the city.

The latest funding from the UNHCR now brings the total value of Human Appeal aid programmes in Iraq close to £20 million.

Hovig Etyemezian, the UNHCR Head of Mosul Office, said “Thanks to Human Appeal, UNHCR established crucial protection monitoring activities throughout the difficult displacement routes that Iraqis use to flee the war. Through the protection monitoring we have managed to identify needs and respond in a timely manner.

Human Appeal colleagues have also been instrumental in UNHCR’s response to displaced Iraqis in camps through the distribution of core relief items, as well as the provision of emergency shelter assistance to Iraqi families returning to their damaged homes in Mosul.”

Othman Moqbel, the Chief Executive of Human Appeal said of the UN funding “The UNHCR has entrusted Human Appeal to deliver life-saving humanitarian assistance, due to the quality of our work in Iraq. We have one of the biggest operations of all NGOs in Iraq and are leading the way in the fight against poverty and desperation in Mosul. The Human Appeal staff that have gone to Iraq to help those in desperate need are dedicated, talented and extremely brave. We often have to operate in extremely hard-to-reach areas. UNHCR would not have chosen to award this money to Human Appeal if we weren’t saving countless lives, effectively and efficiently, on a daily basis.”

Human Appeal received widespread coverage for their Muslims for Manchester campaign in May, which saw them raise over £28,000 for the victims of the Manchester Arena attack. Human Appeal raised over £170,000 for UK people in need, such as rough sleepers or victims of the Grenfell Tower fire, during the Islamic holy month of Ramadan alone, this year.

Higher turnout and more switching between parties means low-income voters could be key to...