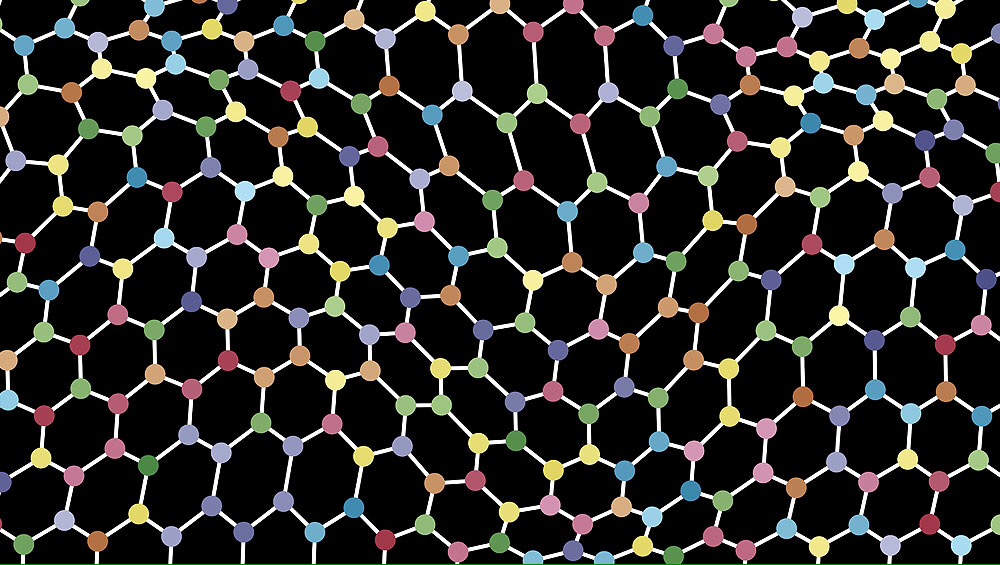 A graphene-based electrical nano-device has been created which could substantially increase the energy efficiency of fossil fuel-powered cars.
The nano-device, known as a ‘ballistic rectifier’, is able to convert heat which would otherwise be wasted from the car exhaust and engine body into a useable electrical current. Parts of car exhausts can reach temperatures of 600 degrees Celsius. The recovered energy can then be used to power additional automotive features such as air conditioning and power steering, or be stored in the car battery.

The nano-rectifier was built by a team at The University of Manchester led by Professor Aimin Song and Dr. Ernie Hill, with a team at Shandong University. The device utilises graphene’s phenomenally high electron mobility, a property which determines how fast an electron can travel in a material and how fast electronic devices can operate.

The resulting device is the most sensitive room-temperature rectifier ever made. Conventional devices with similar conversion efficiencies require cryogenically low temperatures.

Even today’s most efficient internal combustion engines can only convert about 70% of energy burned from fossil fuels into the energy required to power a car. The rest of the energy created is often wasted through exhaust heat or cooling systems.

Greg Auton, who performed most of the experiment said: “Graphene has exceptional properties; it possesses the longest carrier mean free path of any electronic material at room temperature.

“Despite this, even the most promising applications to commercialise graphene in the electronics industry do not take advantage of this property. Instead they often try to tackle the the problem that graphene has no band gap.”

“Unlike conventional rectifiers or diodes, the ballistic rectifier does not have any threshold voltage either, making it perfect for energy harvest as well as microwave/infrared detection”.

Graphene was the world’s first two-dimensional material, isolated in 2004 at The University of Manchester, since then a whole family of other 2D materials have been discovered.

The advantage of a graphene-based nano-rectifier is its high conversion efficiency from an alternating current to a direct current at room temperature, enabled by the extremely high electron mobility achieved in this work.

The Manchester-based group is now looking to scale up the research by using large wafer-sized graphene and perform high-frequency experiments. The resulting technology can also be applied to harvesting wasted heat energy in power plants.