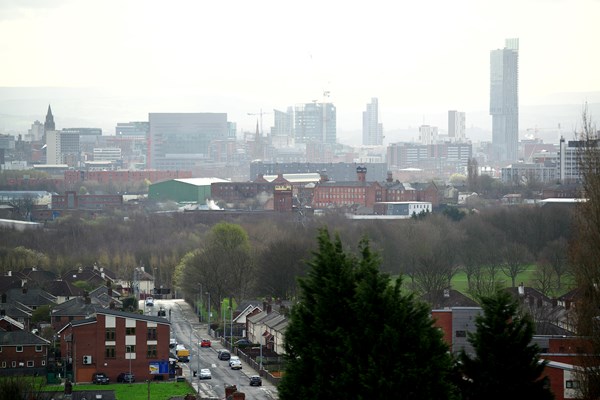 GOVERNMENT’s failure to back Greater Manchester’s clean air proposals with fair funding could put jobs and businesses at risk, the city-region’s Mayor and leaders have said today.

Despite the fact that Ministers have provided funding to London to help people change vehicles, no such help has been offered to Greater Manchester.

Instead, the 10 local councils have received a ministerial instruction to accelerate by two years plans to include vans in Clean Air Zone. The instruction to include vans at an earlier date would see small businesses using non-compliant vans paying a daily charge 18 months from now, rather than the city-region’s proposed timeframe of 2023.

Greater Manchester had requested £116m of clean vehicle funding to help local businesses upgrade to clean vehicles and thereby avoid any penalty for travelling through the Clean Air Zone. This included a £59m Clean Freight Fund, for upgrading HGVs and vans, £29m Clean Bus Fund to support a switch to a greener bus and coach fleet in the city-region, and a 28m Clean Taxi Fund, for a move to compliant hackney cabs and private hire vehicles.

The Government, after taking three months to respond, have not committed to any funding to support businesses. Instead it’s offering £36m ring-fenced to create a network of cameras that would issue fines to those in breach.

“Taxi drivers in the city have been calling on us to ‘play fair on clean air’. We hear that call and want to help people switch. We don’t want to see a single job or business threatened by the process of cleaning up our air. But we can’t guarantee this without help from the Government.

First tree of the Great Northern Forest is planted in Radcliffe