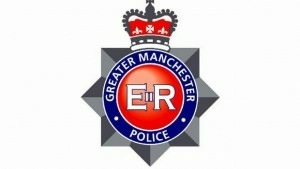 Greater Manchester Police are under the spotlight this morning following the findings of an Independent Police Complaints Commission report which criticises GMP’s handling of discrimination complaints.

The reports findings, published this morning, after the commission examined 202 completed cases found that eight out of ten cases were not properly assessed.

Nearly eighty per cent of the complaints related top race relations but also included those based on disability and age and of the 170 complaints from the public alleging discrimination, only 94 were investigated and of those no discrimination allegations were upheld.

In contrast, over half of the 32 investigations into discrimination allegations raised by the police themselves were upheld.

IPCC Chair Dame Anne Owers said: “Our findings are stark. Generally complaints of discrimination made by members of the public are poorly handled from beginning to end. It is vital that police forces deal effectively with allegations of discrimination.

Greater Manchester Police Commissioner Tony Lloyd welcomed the report.In a statement released yesterday, he said it was a hard-hitting report, but welcomed it because it is vital that there’s confidence in the process.

I’ve been concerned about this since before I was elected Police and Crime Commissioner and it has been a priority for me to make real changes.
For that reason, I am, with the Chief Constable, bringing in a new Independent Complaints Ombudsman to provide effective oversight of the complaint process in Greater Manchester, and to steer GMP through a fundamental period of change in the way the service deals with such complaints. This will be the first position of its type in the country and I think demonstrates just how seriously we take this issue

“In addition, we have also set up a new independent Ethics Committee – also the first of its type in the country – that will play an important role in ensuring that GMP doesn’t just say the right thing, but does it.

Salford says no way to pay to stay

Could Trump win? Salford Uni expert thinks so thanks to Social Media