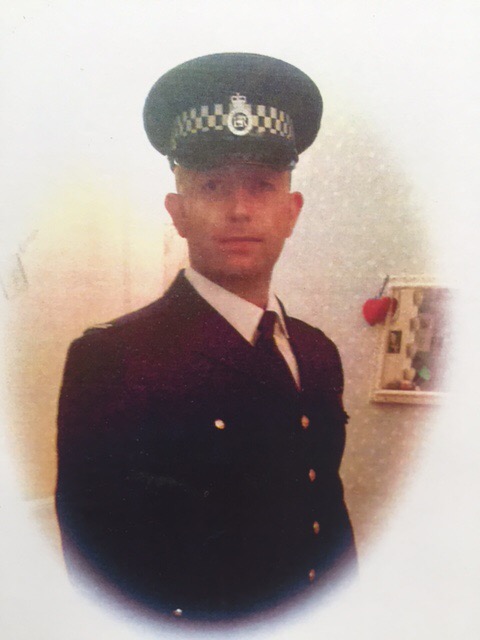 Police officers from Greater Manchester Police have cycled from Manchester to Blackpool to raise £4,000 for a charity set up to honour a former colleague who passed away earlier this year.

The ‘Ride For Rick’ bike ride was organised by officers from the GMP Dog Unit to raise funds in memory of PC Richard Kettle, known as Rick to his family and friends. PC Kettle sadly died in March following a suspected heart attack due to adult sudden death syndrome. Richard was aged just 34 years old.

Richard served with the GMP Bolton division from 2008 before transferring to Merseyside in 2015 to be closer to his wife, Hannah, and their two sons – three year old Alfie and five month old Harley. Whilst serving with GMP, Rick was awarded constable of the year during his probation before joining the GMP Dog Unit in 2013.

A keen sportsperson, Richard competed in a number of Iron Man competitions during his short life.

Colleagues from GMP’s Dog Unit, alongside those from Merseyside, cycled the 59 mile route to raise money to help Richard’s family go on holiday, with a share of the donations also going to The Christie charity.

PC Mark Gateley, from GMP, said: “Rick was an amazing officer who loved and cherished the time he spent with his family, especially his days off on the beach with his children. He leaves behind a wife and two lovely boys.

“It is our wish to remember Rick and help provide a period of enjoyment for his family, by raising funds on behalf of the ‘Ride For Rick’ and The Christie charity in his name.”