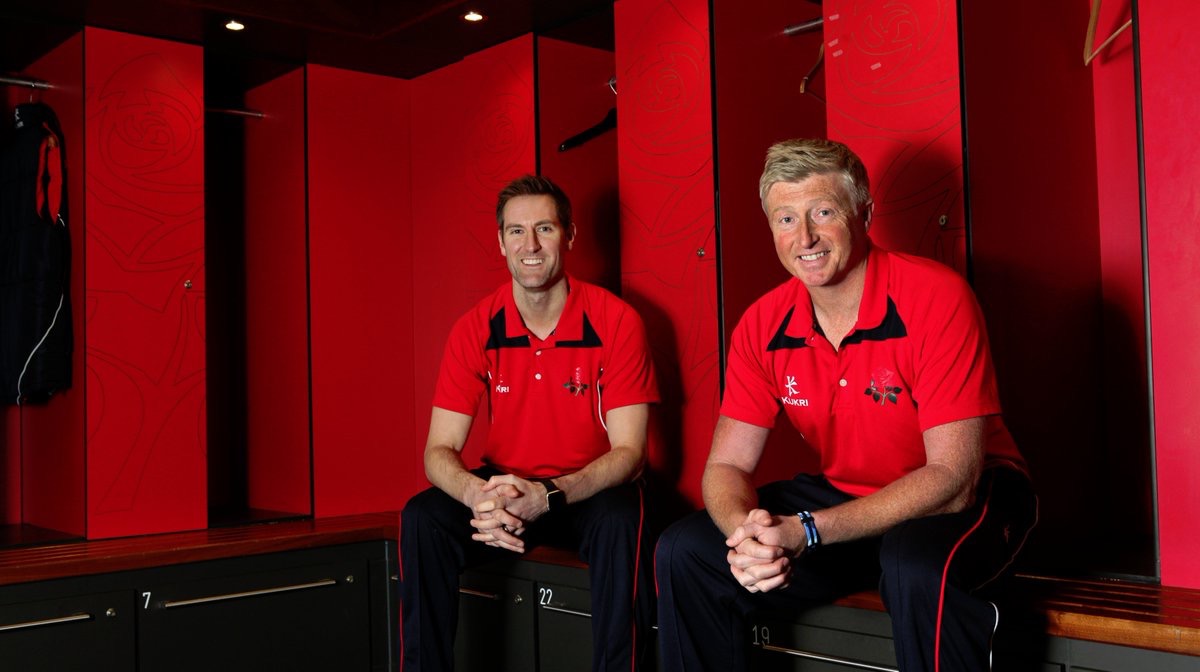 Lancashire County Cricket Club has confirmed its coaching structure ahead of the 2017 season, and is delighted to announce that Glen Chapple has been named Head Coach and Mark Chilton is Assistant Head Coach.
Chapple and Chilton, who have both signed three year contracts, commence their permanent roles straight away having already taken over on an interim basis following the departure of Ashley Giles at the end of last year.

Chairman Michael Cairns OBE said: “This is a proud day for all concerned at Lancashire County Cricket Club, as we welcome Glen and Mark as Head Coach and Assistant Head Coach respectively. It is very rewarding to recognise and develop from within, and create a model of aspiration for the wider Club, especially for the younger players coming through into the first team.

Chapple and Chilton have been developing plans for the 2017 season since their interim appointment at the end of 2016, and Cairns added: “Both myself and Paul Allott (non-executive director) have been very impressed with the manner in which both Glen and Mark have commenced their approach to the 2017 season. They have demonstrated an impressive level of maturity, focus, ambition, and action, particularly in regard to the immediate demands of the pending season, as well as an appropriate culture and level of leadership to the current squad.”

Chapple made his Lancashire debut as an 18 year-old and has gone on to become a Club legend taking 1,373 wickets in 664 appearances. The 42 year-old led Lancashire to the County Championship title for the first time in 77 years in 2011 and was named player/coach in 2014 after the departure of Peter Moores. He was named First Team Coach in 2014 under Ashley Giles.

Mark Chilton made 433 appearance for the Club and scored over 14,000 runs for Lancashire in all formats. The 40 year-old has led the Lancashire Second XI side successfully over the last two years culminating in winning the Second XI Trophy, beating Somerset in the final at Emirates Old Trafford last year.

Chapple, who has a wealth of experience having worked alongside some of the game’s best coaches at Emirates Old Trafford, and additionally through his work with the England and Wales Cricket Board, said: “Having grown up as a Lancashire player, and played and coached for over 20 years for the Club, I am incredibly honoured by this opportunity and I would like to thank Chairman Michael Cairns and the Lancashire County Cricket Club board for their faith in me to lead the County as Head Coach.”

Play set in Oldham pub to hit the London stage