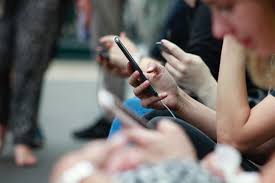 The number of people working for gig economy platforms has near-tripled in England and Wales over the past five years, according to new research published by the TUC .

The research – carried out by the University of Hertfordshire with fieldwork and data collection by BritainThinks – shows that three in 20 (14.7 per cent) working adults surveyed now work via gig economy platforms at least once a week, compared to around one in 20 (5.8 per cent) in 2016 and just over two in 20 (11.8 per cent) in 2019.

That amounts to 4.4 million people in England and Wales working for gig economy platforms at least once a week.

The term “platform work” covers a wide range of gig economy jobs that are found via a “platform” (a website or app) – like Uber, Handy, Deliveroo, Gorillas or Upwork – and accessed using a laptop, smartphone or other internet-connected device.

The overwhelming majority of workers use platform work to supplement other forms of income, reflecting that gig workers are increasingly likely to patch together a living from multiple different sources. This can lead to exceptionally long working days.

The union body warns that this “spiralling” gig economy will lead to more workers on low pay and experiencing poor conditions.

Gig workers face a two-fold challenge. Often their bosses falsely claim they are self-employed with no rights, including no right to trade union recognition.

Those who can prove they are workers still usually end up with far fewer rights than conventional employees. Many miss out on basic rights like the national minimum wage, paid holidays or sick pay.

Oxford University’s Fairwork recently published research which showed that household names in the gig economy, such as Amazon’s delivery arm Amazon Flex, are failing to meet the most basic requirements on workers’ pay and rights.

Black and Minority Ethnic workers are overrepresented compared to white workers in the gig economy, according to recent research. The TUC says that boosting gig workers’ rights is therefore vital to tackling the structural racism that holds back BME workers in the labour market.

Despite its rapid expansion, the power of the gig economy has taken a hit thanks to union organising, according to the TUC. The union body points to the Supreme Court ruling from February this year that said Uber drivers are workers – not self-employed – and are therefore entitled to basic rights they had been denied.

The TUC says the government must stop letting gig economy platforms off the hook – and is calling for workers to have greater trade union and individual rights including a New Zealand-style right of access to workplaces for unions, including a digital right of access, to enable them to talk to workers about what membership can offer them.

A new ‘worker’ definition that covers all existing employees and workers and gives them the full range of legal rights should be employed along with a ban on zero hours contracts, by giving workers the rights to a contract reflecting their normal hours of work and adequate notice of shifts.

“Everyone deserves to be treated fairly at work. But millions of working people are having to rely on casual and insecure gig economy work to make ends meet – often on top of other jobs.

“Gig economy platforms are using new technologies to carry out the age-old practice of worker exploitation. Too often gig workers are denied their rights and are treated like disposable labour.

“The Supreme Court Uber judgment earlier this year was just the beginning. Unions won’t rest until pay and conditions have improved for gig workers.