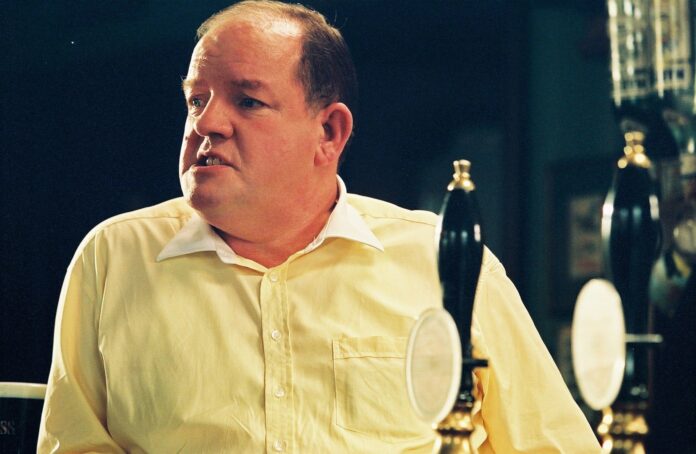 Members of the Early Doors Live touring cast will join fans at an exclusive screening of their live stage show in aid of The Christie charity.

The cast members, with their hilarious catchphrases, will take part in a pre-show question and answer session before the screening, giving fans the chance to quiz them on life at The Grapes.

The BBC sitcom, which was written by and starring Craig Cash and Phil Mealey, famously set in the mythical Stockport pub, The Grapes, gained cult status when it first aired in 2003 and ran for 12 episodes across two series. The sell-out stage show was in 2018-2019.

The cast of regulars will be turning out at the first ever screen showing of their live theatre performances, and you can join them and hear all about their characters and life at The Grapes.

The raw footage used in the film was never intended for release or distribution and has been cut only from footage projected onto the arena screens during the live tour. Consequently it’s not as polished a product as might be expected from a filmed live show. However, what it lacks in polish, it more than makes up for in laughs and captures the atmosphere and joy the live audience experienced. And let’s remember the only reason it’s been made at all is to raise much needed funds for The Christie hospital.

There will be no need to ‘stay on me own’ at the screening as you can bring all your friends and family to the drive-in event, but tickets are selling quickly so if you want to raise a glass to ‘the regiment’ then make sure you get your tickets now as there is limited availability.

Phil Mealey, co-writer and star of Early Doors, said: “I’m delighted that we’re doing this event for The Christie and can’t wait to sit in my car, wind down the windows, shout the catchphrases and enjoy all the laughs together. I’m not sure about seeing old Tommy’s face on the big screen though!”

Louise Stimson, Head of fundraising at The Christie charity, said: “To be able to host such an exclusive event for diehard fans of one of the best comedy programmes of its generation is a dream come true for our charity.

“We all remember how brilliantly funny it was at the time, and its popularity has only grown ever since, so be able to raise some funds and host an exclusive screening of the live stage show is just amazing.

“With the cast members present as well, it really is a must for Early Doors fans and we can’t wait to see you all there.”

A download of the film will also be available to rent, after the screening, for a limited period of time.

Tickets are £30 per car and to book please visit: www.christies.org/earlydoors. Refreshments will be available on the night.