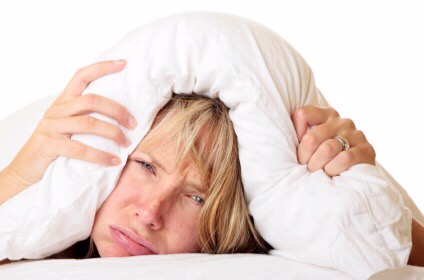 A team of American and British scientists have for the first time discovered genetic connections between sleep disturbance and a range of medical disorders including obesity.
Lead author Dr Jacqueline Lane, postdoctoral fellow at Massachusetts General Hospital (MGH) and joint senior authors Richa Saxena, Assistant Professor of Anaesthesia at the MGH and Harvard Medical School and Dr Martin K Rutter, Senior Lecturer in Cardiometabolic Medicine from The University of Manchester, publish their ground-breaking research in Nature Genetics today.

The study looked at the biological controllers of sleep duration, insomnia and excessive daytime sleepiness, and how they linked to the health and life histories of more than 112,000 people taking part in the world-leading UK Biobank study.

Study participants reported their sleep duration, the degree of insomnia and daytime sleepiness, and then had their genes mapped. Other information about them such as their weight and any diseases they suffered from was also collected.

The researchers identified for the first time areas of the genome that are associated with sleep disturbance including insomnia and excessive daytime sleepiness and also discovered novel genetic links with several medical conditions including restless legs syndrome, schizophrenia and obesity.

The strongest genetic association for insomnia symptoms fell within a gene previously linked to restless legs syndrome – a nervous system disorder affecting around 1 in 20 people that leads to a strong urge to move one’s legs which is often worse at night. Other gene regions were important for insomnia but selectively in either men or women.

The research also suggested that insomnia has shared underlying biology with major depression and abnormal glucose metabolism.
Funded by the US National Institutes of Health and The University of Manchester’s Research Innovation Fund, the study marks a major advance in our understanding of the biology of sleep.

One in four British adults are obese, according to the UN Food and Agriculture Organisation, prompting fears that the UK has become the “fat man of Europe”. And at any one time about 280,000 people are being treated for schizophrenia by the NHS. Sufferers have a 1 in 10 chance of dying by their own hand within ten years of diagnosis.

Dr Rutter said: “This clinical science is an important step forwards in understanding the biological basis for these conditions so it’s very exciting.

“Scientists have long observed a connection between sleep disorders and these conditions in epidemiological studies. But this is the first time these biological links have been identified at a molecular level.”

UK Biobank aims to improving the prevention, diagnosis and treatment of a wide range of serious and life-threatening illnesses.

Dr Lane said, ”We’re particularly pleased to be able to use UK Biobank data in this way; it’s an amazing resource for scientists.”

Dr Saxena said: “It’s important to remember there is no molecular targeting available for conditions which affect sleep: all we really have are sedatives.So we hope that this research will enable scientists to develop new ways to intervene on a range of conditions in a much more fundamental way.We do acknowledge these findings will need further study, but believe this knowledge amounts to a key advance in our understanding of the biology behind sleep – a major influence on our health and behaviour.”