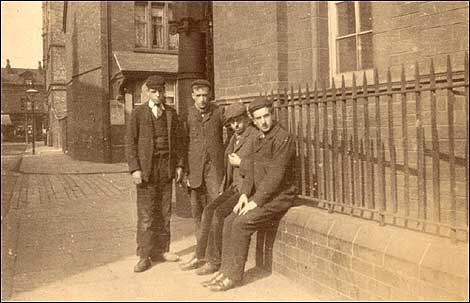 With Rona Munro’s Scuttlers’ currently being shown at the Royal Exchange Theatre, a a panel of experts will discuss 21st century Manchester gangs, their psychology, behaviour and the city’s response.

The play smashes the 19th century against a 21st century sensibility to bring Manchester’s 19th century street gangs, the “scuttlers”, back to vivid, potent life.

The panel will include Ruth Ibegbuna, founder and CEO of the charity Reclaim, Assistant Chief Constable Garry Shewan, Dr Hannah Smithson , a Reader in Criminology MMU, Co-Director of the Manchester Centre for Youth Studies, Dr Rob Ralphs, Senior Lecturer in Criminology MMU, trustee of Mothers Against Violence and Community Change Foundation, and other names, including panellists formerly associated with gangs, to be announced.

The discussion will be chaired by Writer/DJ Dave Haslam and thoughts and questions from the audience will be encouraged.

It takes place at 12 noon on Saturday 28th February 2015, at the Royal Exchange.

Comedian had accreditation for the conference say Greater Manchester Police