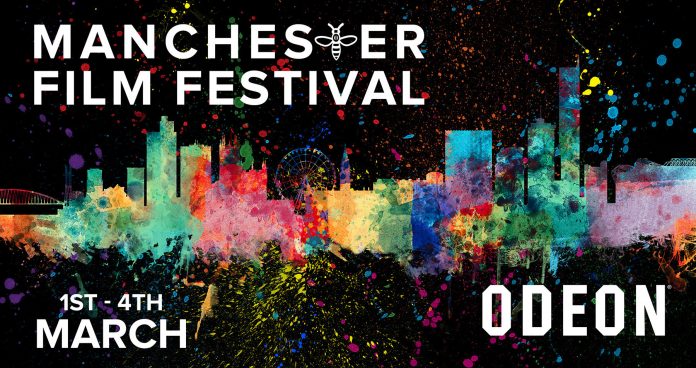 The line up for the Manchester Film Festival 2018 has been announced, as well as the world and UK premiers that will be shown. The announcement is in line with the festival’s new and brave approach, it’s diverse and rich with multiple subject matters that will give the festival an openness and friendliness to everyone who takes in a film from the 2018 Official selection.

The festival will cater to a wide variety of tastes with films of all description including documentaries, animation, music, experimental and short films that portray many stories from around the world.

This year’s edition has over 100 films that feature UK and world premieres from a vast list of starry international names such as Sean Penn, Jodie Foster, Nicholas Cage, Shia Labeouf and many more.

The festival will also aim to celebrate local talent such as Nico Mirallegro, Denise Welch, Rob James Collier and John Thompson, to name just a few.

Book ending the impressive line-up, the opening film on the 1st March at ODEON will be the International Premiere of Female led western PAINTED WOMAN, starring MANIFF alumni Steff Dawson. The closing film on the 4th March will be the U.K Premiere of hard-hitting arthouse film NONA, starring Kate Bosworth, who along with the respective directors James Cotten and Michael Polish, are all confirmed attendees at this year’s festival.

All of this will be preceded with a MANIFF18 advance screening on the 26th February at HOME of BERNARD AND HUEY, the ‘Allenesque’ UK premiere from SLAMDANCE founder and author Dan Mirvish, who will also be in attendance to answer questions from the LIVE audience. With even more special guests still to be confirmed for live musical performances, MANIFF’s annual Filmmaker studios and closing awards, this year’s fest is looking like the best and most interesting yet.

The Manchester Film Festival 2018 will take place from the 1st-4th March at Odeon Great Northern with an added preview screening at HOME on the 26th February 2018.

The festival will run between 01/03/2018 and 04/03/2018. For full information, further announcements and to book tickets and passes please click here.