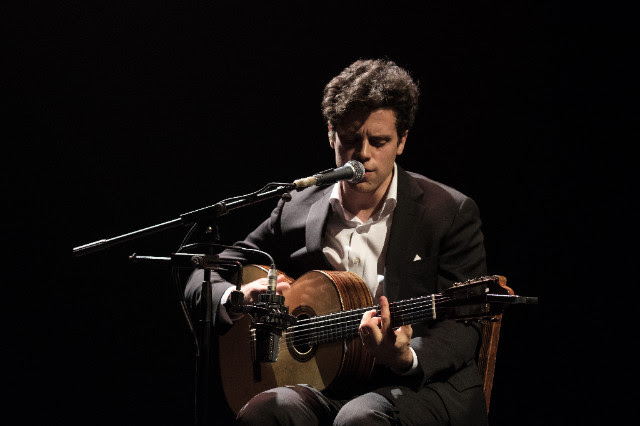 Songwriter and lyricist Charlie Fink, former front man of the highly successful band Noah and the Whale, will present Cover My Tracks at The Lowry Thu 14 – Sat 16 Sept.

A two-hander starring Fink himself, Cover My Tracks tells the tale of an idealistic young songwriter attempting to write a 21st century pop masterpiece, who suddenly vanishes without a trace. Might his personal songbook be the key to unlocking the mystery?

In an interconnected, digital world, what does it take to disappear?

As the lead singer-songwriter for the band Noah and the Whale, Charlie Fink sold over a million albums and headlined at notable venues around the world, including a sold-out show at the Royal Albert Hall. He was the producer of Laura Marling’s Mercury Prize nominated album ‘Alas, I Cannot Swim’ and has written and produced music for artists including Charlotte Gainsbourg, Foxes, Rhodes and Eliot Sumner.

Fink’s initial foray into the theatre was also a collaboration with David Greig on their production of Dr. Seuss’s ‘The Lorax,’ which debuted at The Old Vic in 2015 and was nominated for an Olivier Award for Best Family Show.

Now returning with a brand new production that brings together the experience of a live gig and a modern folk tale, Cover My Tracks will showcase the artistic versatility of its protagonists, bringing a truly entertaining show to lovers of music, theatre and the arts nationwide.

Cover My Tracks is presented by The Old Vic in association with Fane Productions.

Oldham’s Comic Con is Back this weekend