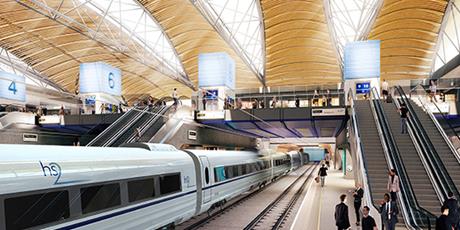 The High Speed Rail link that will eventually connect Manchester and the North of England with London and the South East is once again under threat after the Transport Secretary Chris Grayling revealed that costs are once again being examined.

In an interview with the Civil Engineer Magazine, Grayling said:

What we’ve got with HS2 is a new chairman in Allan Cook who is rightly taking his first period of the project to make sure it’s in good shape to make sure the budget is right, the costs are right and that it’s deliverable,”

Grayling added . “I’m really waiting for Allan [Cook] to come back to me to say this is how we’re going to take the project forward.”

and also said that learning from Crossrail, decisions had to be made “in the context of what is deliverable and not [focus on] decisions that are not deliverable”.

The High Speed line connecting London to Birmingham is due to open in 2026 with further connections to Leeds and Manchester due by 2033.

Earlier this year a House of Lords committee said that HS2 will not offer value for money and risked “short changing” the North of England.

A revised business case will be published by the Department for Transport in December this year following the outcome of the government’s Spending Review.