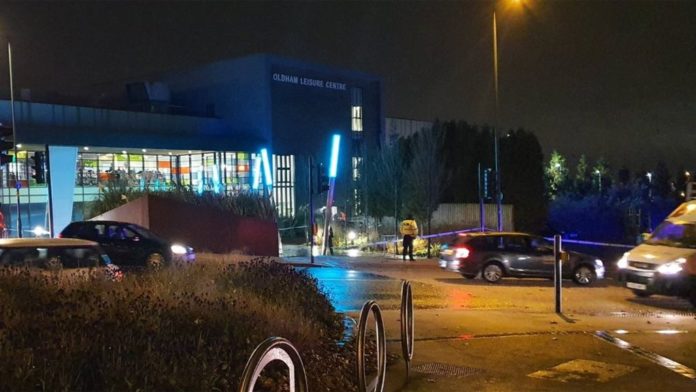 Four men aged between 17 and 19-years old received stab wounds following a dispute between themselves which broke out outside Oldham Leisure Centre late yesterday afternoon.

Three of the men are in hospital, with injuries not believed to be life threatening, a fourth man has since been discharged from hospital.

A 19-year old man has been arrested on suspicion of  assault and remains in custody for questioning.Enquiries are ongoing.