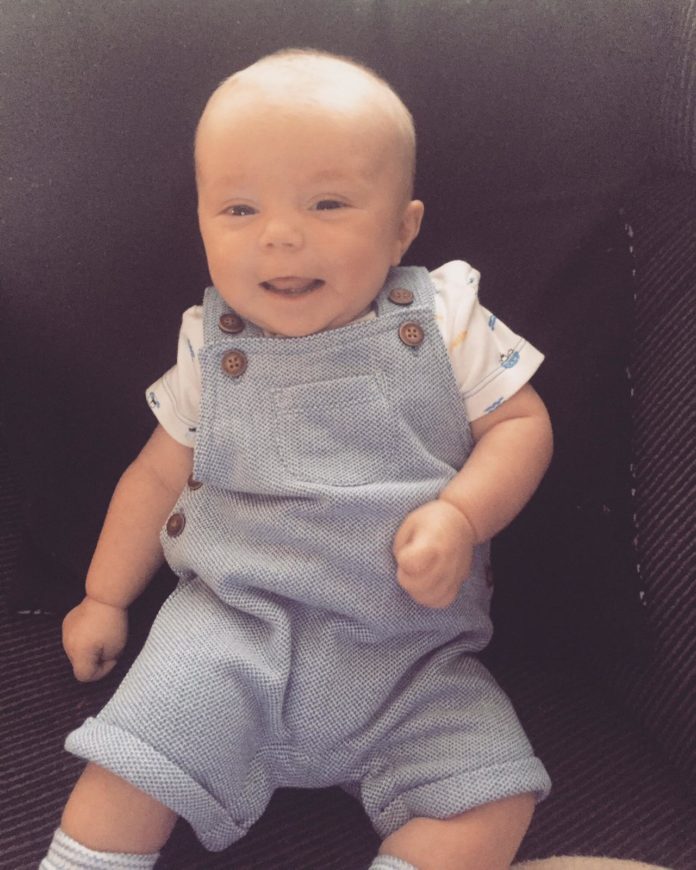 A Trafford man has been jailed for fifteen after violently shaking his own child causing unsurvivable trauma.

Shortly after 8.55am on the morning of 12 September 2018, a mother called the ambulance service stating that her baby boy wasn’t breathing.

Paramedics attended the address on Woodruff Walk in Partington, found four-month-old Alfie Gildea in cardiac arrest after receiving a phone from his mother stating that her baby boy wasn’t breathing.

He was taken to hospital where staff managed to start his heart and, at that time, 30-year-old Samuel Gildea was arrested after his son’s injuries were deemed to be non-accidental, despite Gildea’s account that he found him in that condition.Further examination of Alfie’s condition revealed he had traumatic injuries to his head, which could only have been caused by violent shaking.

The devastating decision to turn his life support off was made at 12.30pm the day after.

During her victim impact statement read out in court, Alfie’s mother, Caitlin McMichael, said: “I will never watch my boy grow, receive a card on Mother’s Day or hear him call me mummy.”

Samuel Gildea aged 30 of Woodruff Walk, Partington, has been jailed for 15 years at Manchester Minshull Street Crown Court, after pleading guilty to the manslaughter of Alfie and to coercive and controlling behaviour.Upon release, he will also be subject to a four year extended license.

Speaking after the case, Detective Chief Inspector Colin Larkin, of GMP’s Major Incident Team, said: “I know I speak not only on behalf of the family but on behalf of every single parent out there when I say this case is truly heartbreaking in every sense of the word.

“How anyone can do this to such an innocent little boy who was unable to even try and defend himself is inconceivable.

“Gildea stripped himself of the title of Alfie’s father when he violently took away his life, the one person who should have protected him against all odds.

“From today, Alfie’s name and the precious memories his mother and the rest of his family have will live on forever and he can be remembered as the beautiful, smiley little man he was.”

To report coercive and controlling behaviour call police on 101 or use the live chat facility. Always call 999 in emergency.