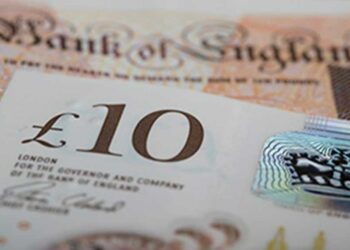 The Greater Manchester Police (GMP) Economic Crime Unit has recovered over £365,000 for a social networking company which fell victim to fraud.

In June this year, a social networking company employed an external television and event staging company.

The contract was for £425,415.60, the invoice for which the television and staging company sent to the social networking company via email.

However, the email was intercepted by a fraudster, who altered the bank details on the invoice, to that of a Greater Manchester resident.

This resulted in the social networking company falling victim to what is known as mandate fraud, where fraudsters will trick a company or organisation into changing their bank account payee details for a sizeable amount, and paying the funds into the incorrect bank account so that they can then claim the money.

Fortunately, the company became aware it had been scammed when it was alerted by the television and staging company that it had not received the funds, so the company quickly reported the incident to Action Fraud, who passed the case onto GMP.

GMP’s Economic Crime Unit worked with the company’s bank and was able to recover £365,396.03 of the funds.

The Economic Crime Unit focusses on getting money back for victims where they can; as well as working to educate the public on the latest scams, what to look out for and how to protect themselves and their hard earned money.

Detective Superintendent Estelle Mathieson, Head of GMP’s Economic Crime and Cyber Unit, said: “The impact of fraud, even on large businesses, cannot be underestimated. It is not a victimless crime, and the losses a business can face as a result, can have a devastating impact.

“It was fortunate that this incident was detected quickly and reported to Action Fraud in a timely manner. I would encourage all businesses to take stock of our business fraud prevention tips, which can be found at https://www.gmp.police.uk/advice/advice-and-information/fa/fraud/business-fraud/. These include thoroughly questioning transactions and documents, doing regularly checks on your customers and suppliers’ details, and actively identifying areas where your business may be vulnerable to fraud and making a plan to reduce that risk.

“Businesses and members of the public can stay up-to-date with the latest fraud advice, by following our @gmpfraud Twitter account. If you do suspect you have been a victim of fraud, report it to Action Fraud on 0300 123 2040.”

Two men threaten staff with knife as they steal cash and tobacco from Dukinfield...