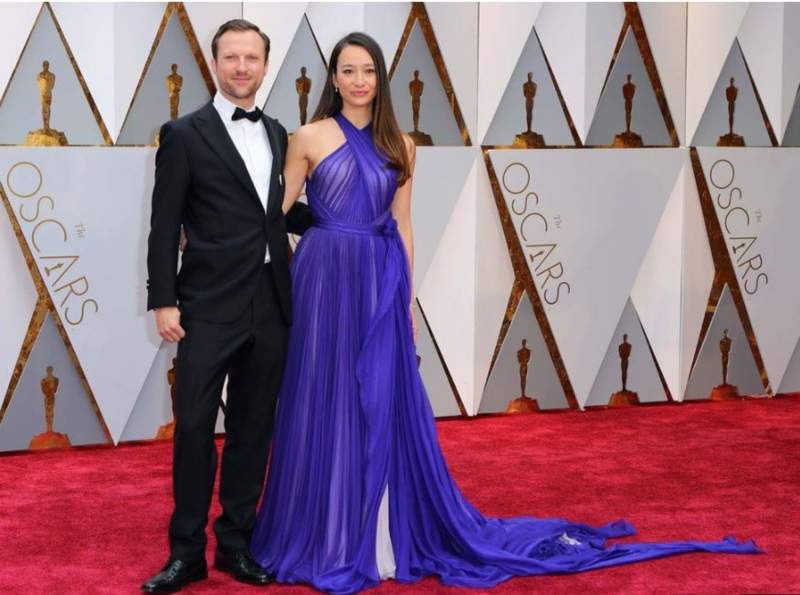 The award though was shrouded in controversy after the denial of entry into the US for the film’s 21-year-old Syrian cinematographer Khaled Khateeb.

According to internal Trump administration correspondence seen by The Associated Press, the Department of Homeland Security decided at the last minute to block Khaled  from traveling to Los Angeles for the Oscars.
Khateeb was scheduled to arrive Saturday in Los Angeles on a Turkish Airlines flight departing from Istanbul. But his plans have been upended after US officials reported finding “derogatory information” regarding Khateeb.

In the five years since the conflict began, more than 250,000 Syrians have died – but thanks to the White Helmets, over 60,000 lives have been saved.

Orlando first heard of them when he saw footage of them pulling a baby from the collapsed building after a bombing, and was further moved when he discovered that they were regular citizens including blacksmiths, accountants, teachers and students.

He decided to make a documentary about the group, but was unsure how to get footage from the war zone. He contacted the Mayday Rescue charity – which provides the White Helmets with equipment and guidance – to ask if he could join a training camp for their volunteers in Turkey.

While there, he met Khaleed Khateeb, a 21-year-old student who had been filming rescue missions and posting them on YouTube since he joined the White Helmets in 2013. Khaleed had dreamed of being a photojournalist when he was in school, and as he watched Syria crumble into chaos around him, he wanted to share his country’s story with the world.

Orlando gave him training and better camera equipment, and told him to keep on filming, which he did for the next twelve months. The results have been turned into a moving 41-minute documentary for Netflix, which has caught the attention of the Oscar judges.

Many of the group’s members have been killed by Syrian President Bashar Assad’s air forces. The group also was nominated for last year’s Nobel Peace Prize.

Jobs for JAMs – poorest third of households account for over half of all...

Celebrities back campaign to learn how to save a choking child