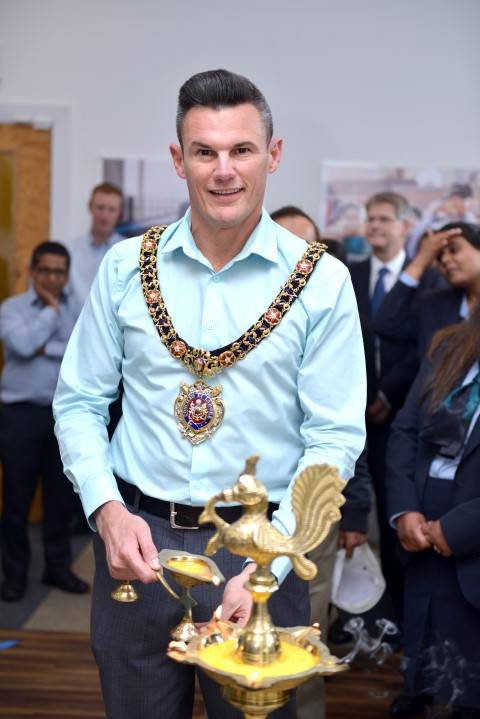 Manchester’s first openly gay Mayor Carl Austin- Behan will no longer be a councillor from next May after being deselected by the Labour Party for the wars of Burnage.

All Manchester Labour councillors have had to go through the reselecton process due to the ward boundary changes which come into effect ahead of next May’s local elections.

In a statement posted on Facebook the former Mayor said:

”Unfortunately, due to the new City Council Ward Boundary changes which take effect from May 2018, I failed to gamajority of support from the “New” Burnage members of the Labour Party.”

The new members that he refers to are part of Labour’s Momentum pressure group and the former Mayor is not seen as being a Jeremy Corbyn supporter.

“I have loved every minute being a local resident and councillor and I leave with my head held high knowing that Burnage is in a much better place.” he said, adding

“As you know, I had the best year ever last year, as The Lord Mayor of Manchester – which I will always feel Proud, Honored & Privileged to have had such a surreal opportunity – which would never have happened without being on the council.”

“I will still be a councillor for the next 6 months, although I feel hurt, upset and gutted at the moment, am sure this will pass – I will continue to work hard and represent the people who voted for me, put their trust in me and believe in me to represent them. “

The Burnage Party will vote next week on his successor with the Momentum Activist Ben Clay thought to be the favourite to win selection.