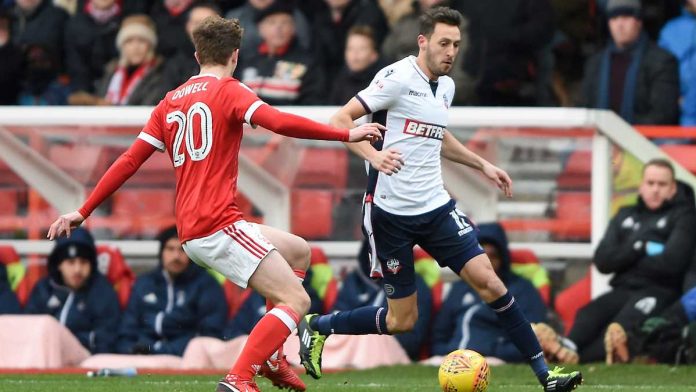 Oldham Athletics resurgence continued on Saturday with a  5-1 win over Northampton Town.

Jack Byrne got Latics off to a great start as his cracker from 25 yards put Richie Wellens’ men ahead three minutes into the game.

Tope Obadeyi headed his and Athletic’s second goal of the game whilst before half time, Byrne notched a third as his deflected effort gave Athletic a comfortable half time lead.

Sam Foley pulled a goal back just after half time but goals from Gevaro Nepomuceno and substitute Craig Davies rounded off the result.

Rochdale were on the wrong end of the seven-goal thriller, after an action packed first half was followed by two late goals in the second half.

Substitute Steven Davies levelled the scoring with 15 minutes of the match remaining, but the home side’s winner came through Tyrell Robinson four minutes later, when he broke away, latched onto a Charlie Wyke through ball and rounded the advancing Josh Lillis to finish into an empty net.

Wigan Manager Paul Cook insists the hard work will continue as his side went four points clear at the top of Sky Bet League One following a 2-0 win over Northampton thanks to goals from Nick Powell and Dan Burn .

Powell netted the game’s opener in the seventh minute when his powerful header inside the area beat Alex Cairns and found the bottom corner.

Defender Dan Burn got himself on the scoresheet before the half was out, heading past Cairns in the 38th minute to put Latics in control.

In the Championship,Bolton Wanderers were left ruing missed opportunities as they slipped to a 3-2 defeat against Nottingham Forest on Saturday.

Despite creating several clear-cut opportunities the Whites left the City Ground empty handed despite another Will Buckley strike and countless pressure on the Forest goal.

The deadlock was broken inside three minutes through Barrie McKay, before Will Buckley levelled the scores on the stroke of half time with a close-range header.

The hosts restored their lead in the second half however with strikes from Joe Worrall and Ben Brereton, while despite the former putting through his own net late on, the Whites were unable to take a share of the spoils from the clash.

Weekend Football Round Up