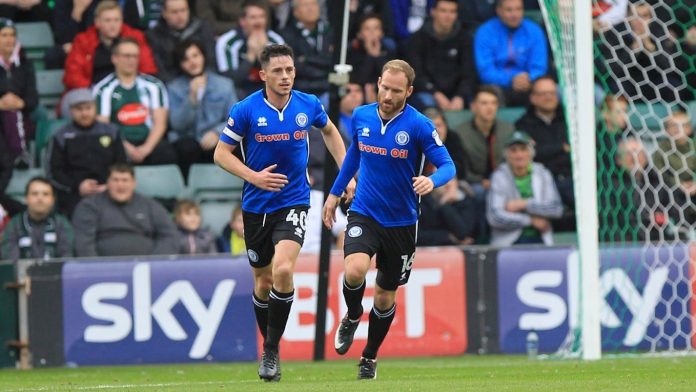 Oldham Athletic manager Richie Wellens expressed his disappointment at the way his side started their match against Scunthorpe United.

Tom Hopper and Josh Morriss put the visitors two goals ahead within ten minutes before a spirited fightback as captain Peter Clarke managed to pull a goal back before half time before they levelled on 81 minutes as Craig Davies bundled home at the back post.

However, two minutes later, Scunthorpe found the winning goal through Duane Holmes as he slid in at the back post to win the game for Graham Alexander’s men and saw Wellen’s unbeaten start come to a end on Saturday .

Bolton Wanderers were cruelly denied all three points on their travels following a 1-1 draw against Fulham at Craven Cottage.Fulham midfielder Tom Cairney scored a stoppage time equaliser to prevent Wanderers picking up maximum points after Sammy Ameobi had earlier opened the scoring

Wigan’s unbeaten run continues as the Latics played out feisty stalemate with local rivals Blackburn Rovers despite the visitors being reduced to 10 men on the hour when Elliott Bennett received his second yellow card of the game.

Substitute Ben Whiteman’s 78th minute goal was enough to give Doncaster all three points at Bury who were forced to play the second half with ten men following a red card for Eoghan O’Connell.

“It’s a positive point away from home. We’ve drawn four games on the trot away from home now, and if that supports winning at home, then it’s a great point.”

Dale were behind inside the opening minute when Joel Grant headed home, but Matty Done equalised just after the half hour mark.The better chances fell Dale’s way in the second half, but they couldn’t grab a winner.

Nicolas Otamendi has extended his City contract until 2022