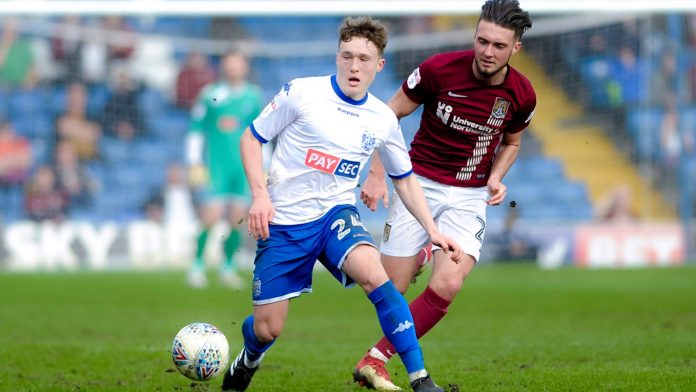 Goals from Peter Clarke and Danny Mayor were not enough as a brace from Ash Taylor and a goal for substitute Sam Hoskins ensured Northampton returned to the Sixfields Stadium with all 3 points.

Rochdale Manager Keith Hill said it was proud moment for him after seeing his side secure a 1-0 victory over play-off hopefuls Peterborough United.

Ian Henderson scored the winning goal after 16 minutes, before being sent-off six minutes into the second-half.

Dale defended with their backs against the wall for the remainder of the game, and secured what could be a crucial three points.

Oldham Manager Richie Wellens could not hide his anger at full time as Gillingham equalised from the penalty spot to deny his side all three points.

Wilfried Moimbe received his marching orders for an off the ball incident and Tom Eaves dispatched the penalty to ensure the points were shared.

All started well for Latics as Duckens Nazon fired into the bottom corner on the stroke of half time to put Athletic in control.

Oldham are a point clear of Rochdale at the bottom, the two sides meet on Tuesday.

At the top of the table Wigan Athletic were frustrated by fellow promotion chasers Rotherham United at the DW Stadium on Saturday afternoon as a game of few chances ended 0-0.

Paul Cook’s side remain top of Sky Bet League One on goal difference with a game in hand on Blackburn Rovers whilst the visiting Millers’ point edges them a step closer to securing a play-off places.

In the Championship,Bolton were denied all three points at the death away at Barnsley on Saturday afternoon.

Gary Gardner had put the Tykes in front at Oakwell halfway through the first period, only for two quick-fire efforts for Bolton from Adam Le Fondre and Craig Noone to turn the game on its head.

Despite the Whites’ best efforts however, Oliver McBurnie snatched an equaliser for the home side deep into stoppage time to ensure that the points were shared in the clash.