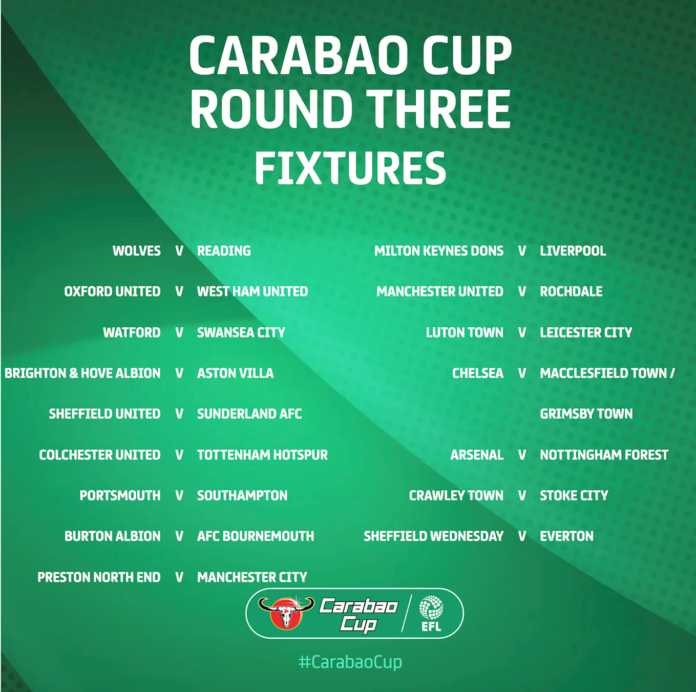 The local clash of the round will see Rochdale travel to Old Trafford after they knocked Carlisle United out in Round Two.

Further south, 2018/19 runners-up Chelsea have been drawn against either Grimsby Town or Macclesfield Town who will play their Round Two tie on Tuesday 10 September, but the most interesting tie of the round will be played at Fratton Park as Portsmouth take on rivals Southampton.