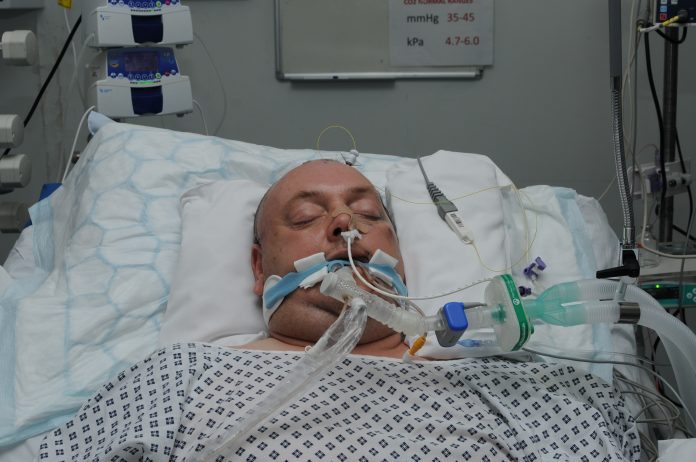 Police have released CCTV footage after a soon-to-be-father-in-law was knocked unconscious in an assault outside the Printworks last month.

58-year-old Gary from Somerset remains in hospital in a serious condition three weeks after the incident which saw a large fight involving around 15 people take place outside the Printworks near to Dantzic Street and Thornily Brow.

Gary and his friends attempted to break up the crowd but footage shows how Gary was punched and knocked unconscious after hitting his head on the ground..

Four arrests have been made and they have since been released under investigation.

Detective Inspector Mark Davis of GMP’s City of Manchester team, said: “Gary had been looking forward to this night for ages, celebrating the marriage of his daughter and son-in-law, which was meant to take place this month.

“Instead, all of Gary’s family are beside themselves with worry, spending hours at his bedside, unable to celebrate what should be the happiest day of his daughter’s life until he recovers.

“People have already shared lots of helpful information with us, but we need the public to come forward with any detail from that night- it really could be the key to finding those responsible.”

Anyone with information is asked to contact police on 101 quoting incident number 190 of 10/02/18. Reports can also be made anonymously through the independent charity Crimestoppers on 0800 555 111.