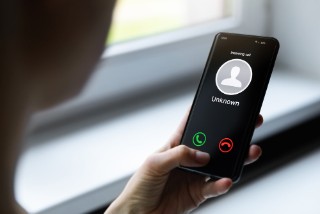 Some banks are leaving potential fraud victims to wait for more than half an hour to speak to a member of staff and charging them hefty fees to use helplines, a Which? investigation has found.

Fraud victims, including those defrauded by Authorised Push Payment (APP) scams, where fraudsters trick people into sending them money unwittingly, are told to contact their bank’s fraud team immediately. They are told that every second counts, as money can be recovered in time if banks act quickly before fraudsters are able to move the money on – often ultimately out of the UK.

However, when Which? tested the fraud helplines of 11 banks and building societies 12 times throughout different times of the day over the course of a week to see how long it took to speak to employees to report fraud, the average time to get through was 10 minutes, 51 seconds.

Average call waiting times were more than 10 minutes at five major banks and on two occasions it took more than an hour for the call to be answered.

Which? believes banks are failing to prioritise distressed victims. In some cases this is exacerbated by a culture of victim blaming among banks, which leads to many blameless victims being refused reimbursement for their losses.

The best performing bank, First Direct, took just 16 seconds on average to put callers through to a member of staff. First Direct’s quickest response time was an impressive 10 seconds.

The worst performing bank in the investigation, The Co-operative Bank, took 31 minutes and 40 seconds on average.

The Co-operative Bank told Which? that it has experienced difficulties in employee recruitment and retention, as well as increased levels of sickness due to the Covid-19 pandemic.

HSBC ‘Premier’ service customers – who must have an annual income of at least £75,000 or savings and investments worth £50,000 – had average wait times of two minutes, 26 seconds. But ordinary account holders waited twice as long – four minutes and 54 seconds on average.

HSBC told the consumer champion it added around 300 agents to its UK call centre this year, as well as new bases overseas. Its Premier customers receive ‘prioritised access to call agents for complex banking enquiries’.

To compound matters, Which? also found that six of 11 banks’ helplines charge a fee, which could lead to hefty phone bills if customers are forced to wait for extended periods of time.

Phone numbers that charge a fee start with 03, which the communications regulator Ofcom says should cost the same as 01/02 geographical numbers, regardless of whether calls are made from a landline or mobile.

Customers will not pay extra if they are within the limits of the minutes included in their phone tariff, but could face charges of up to 16p a minute plus a 23p set-up fee on a landline, or between 3p and 65p a minute on a mobile.

Jacqueline John, a retired teacher from North Yorkshire, told Which? how she was hit with an unexpected bill for £19.70 in December 2021 after spending almost two and a half hours on hold while trying to report a series of suspected fraudulent transactions to her bank, Lloyds. Lloyds offers a free 0800 number for fraud inquiries, but the number printed on customer cards can incur charges.

Other banks that charged a fee to call were: First Direct, HSBC, HSBC Premier, NatWest, Metro, TSB and The Co-operative Bank.

Banks and building societies also use Interactive Voice Responses (IVRs), on their helplines, with the levels of sophistication varying.

The Co-operative Bank was found to have a particularly convoluted IVR, with a recorded apology about ‘extremely high call volumes’ and a warning about delivery scams during some calls. One researcher involved in the investigation complained about the lack of indication of their queue position.

Banks can sign up to a ‘159’ pilot scheme, an initiative which encourages consumers to hang up from a phone call that might be a scam, for example one that asks for personal information or money, and to dial 159 to speak to their bank. Of all the firms in the investigation, just four – Metro, HSBC, HSBC Premier and First Direct – have not signed up to the scheme.

Several businesses have blamed poor levels of customer service on the pandemic. However, for customers to be left waiting for long periods of time on fraud helplines – a place to report crimes and where they are told to go as soon as possible after being defrauded – is particularly shocking.

Which? believes banks must up their game and ensure they are offering a good service to potentially vulnerable victims of fraud. Those calling to report suspected fraudulent transactions should not be charged for doing so.

However, even when victims do get through to their bank, they still face a reimbursement lottery depending on who they bank with, and the government has admitted that reimbursement to victims of APP scams remains inconsistent.

Certain banks have routinely blamed customers for falling for what can be highly sophisticated crimes, despite the majority signing up to the Contingent Reimbursement Model (CRM) Code that instructs firms to reimburse victims’ money when they are not at fault. However, that Code – which is currently only voluntary – has not been applied consistently and fairly due to firms interpreting their obligations differently.

Following successful campaigning by Which?, the government recently announced in the Queen’s Speech its intention to enable mandatory reimbursement for all APP victims who are not at fault. Which? welcomes this announcement and believes that the new Financial Services and Markets Bill must be brought forward as quickly as possible to ensure victims are properly protected.

Once legislation has been brought forward, the Payment Systems Regulator must be ready to ensure firms treat their customers consistently and fairly, with tough enforcement for those that break the rules.

“The feeling of being scammed is already stressful enough for victims, without having to wait long periods just to get through to your bank.

“Victims are told to contact their bank immediately because every second counts. Some firms taking longer than half an hour to answer victims’ calls shows the lack of support with which certain banks have treated fraud victims for far too long.

“Now that the government has announced its intention to enable mandatory reimbursement for bank transfer victims who are not at fault, the regulator must be ready to ensure that firms are treating customers fairly and consistently, and clamping down on those who breach the rules.”