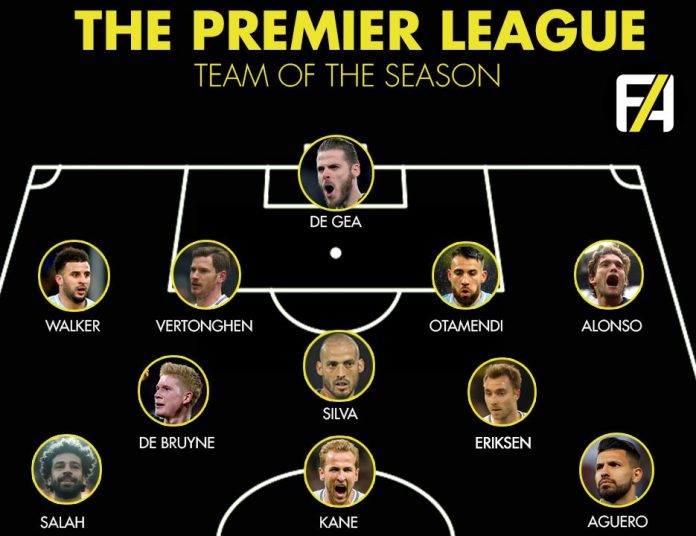 Five Manchester City players have been named in the Professional Footballers’ Association Players’ team of the year.

Tottenham were the only other team to have more than one representative, boasting three players in defender Jan Vertonghen, midfielder Christian Eriksen and striker Harry Kane.

The New Way to Follow the Football This Season