The Transport Secretary Grant Shapps has confirmed the new Partnership is departure from flawed systems of the past, which will provide flexibility to help implement the future Williams Review recommendations for the railways network

Passengers, says the government will tbenefit from more seats and 263 extra services every week, station upgrades and 61% reduction to fleet CO2 emissions through brand-new, modern trains as part of the franchise agreement

Grant Shapps has also confirmed that the government intends to produce a white paper in due course setting out the recommendations of Williams, to bring forward his vision for a truly passenger focused industry centred on clear, accountable leadership.

Destinations including Llandudno and Gobowen will now be served by direct trains to and from London, and Walsall will receive its first direct intercity services.

Subject to approval from the Office of Rail and Road, 2 trains per hour will run between Liverpool and London.

First Trenitalia will also oversee the introduction of new environmentally-friendly trains, entirely replacing the diesel-only fleet and reducing CO2 emissions by 61%. It will also invest £117 million in a major refurbishment of the current Pendolino fleet, providing more comfortable seats and additional luggage space.

The new operator will also strive for ambitious green targets by investing in stations and depots to reduce the environmental impact of the Partnership. This includes introducing new solar panels and energy efficient air conditioning, alongside a commitment to achieving an 80% reduction in non-recyclable waste from products sold or supplied on-board trains. 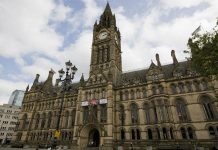