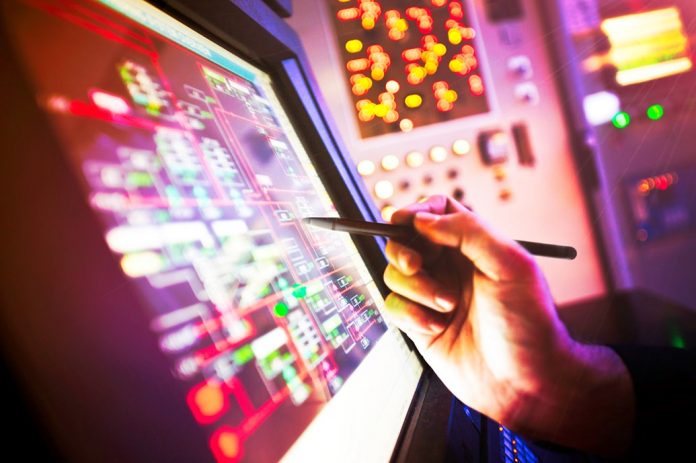 The North’s most famous railway city was selected as the launch venue for a major new announcement on the future of the railways yesterday when the Secretary of State for Transport, the Rt Hon Chris Grayling MP, and Network Rail’s Chief Executive Mark Carne chose York to announce plans to make Britain’s railways ‘digital’.

They launched Network Rail’s Digital Railway Strategy and committed to ensuring all new trains and signalling are digital or digital ready from 2019.

Making the announcement, the Secretary of State confirmed that he wants the country’s first digitally controlled intercity railway to be the North’s Transpennine route between Manchester and York.

The government has earmarked £5 million for Network Rail to develop proposals for embedding digital technology between Manchester and York, as part of the £3 billion upgrade of the route starting next year.

Transport for the North’s Northern Powerhouse Rail Director Tim Wood said: “We have been closely liaising with the Government on the future development of the Transpennine route which is a vital link between east and west and part of a much wider plan to revolutionise rail travel in the North of England. We welcome the fact that the North will be taking a lead in the implementation of this new technology which will lead to faster and more reliable train services for everyone.”

Transport for the North is currently working with the Department for Transport on the Strategic Outline Business Case for the Northern Powerhouse Rail network which will further improve rail services in the North of the Country by linking the region’s six major city regions and its largest airport with faster, more frequent high capacity services and which would be fully digital when completed to align with the Government’s strategy.

“Digital rail technology is just one of the pieces in the jigsaw in transforming the capabilities of our railways,” said Mr Wood. “What will really make the difference is the application of a ‘guiding mind’ to join many different initiatives together and efficiently implement a long-term plan which can give confidence to rail-users and the businesses and industries that will grow and develop around the revitalised rail network.”

Transport for the North, which launched its draft Strategic Transport Plan earlier this year, and which last month became England’s first sub-national transport authority, has developed a long-term vision for the region’s railways which will see a rolling programme of investment through to 2050 and which has the potential to create 850,000 additional jobs and add an additional over business as usual £100 billion to the UK economy.

“Today’s announcement should be seen in the context of a much wider vision,” says Mr Wood, “a vision which makes the best use of existing, upgraded and new rail infrastructure and which makes full use of smart technologies – not just signalling – but ticketing too, so we can change the way people see rail travel and move much more freely within a thriving and developing economy.”

When the new digital rail technology is introduced on the Transpennine route, it will:

“We are investing in the biggest modernisation of our railway since Victorian times to deliver what passengers want to see – faster, more reliable and more comfortable journeys.

“Passenger numbers have doubled in recent years – which means we need to invest in new technology to help deliver the reliable and frequent trains that passengers want.

“Investing in a railway fit for the twenty-first century will help the UK become a world leader in rail technology, boosting exports and skills. As we celebrate the Year of Engineering, this is a chance to show young people how digital innovation is opening doors to careers that will shape the future of travel.”

Digital rail technology will ensure the best use is made of the almost £48 billion being invested in maintenance, modernisation and renewal on the rail network between 2019 and 2024, which includes new and replacement signalling. The government has also earmarked £450 million specifically for digital railway schemes.

“Not since the railway transformed from steam to diesel in the 1960s has a technological breakthrough held such promise to vastly improve our railway for the benefit of the millions of people and businesses who rely on it every day.

“The age of a digital railway has today moved from the drawing board and into reality as we reveal a blueprint that will improve the lives of millions of passengers and freight users across the country. Today’s commitment is to adopt and roll-out new digital technology, for both trains and track, that will deliver faster more frequent services for passengers and businesses alike, giving our economy a massive boost.

“Digital signalling will mean drivers are provided with real-time information about the network and the location of other trains. They will no longer have to rely on signals by the side of tracks, which will mean fewer train services held up, reducing stop-starting. And in the event of disruption, the digital railway will advise signallers of the best option to get services back to normal and help the network recover more quickly.”

The roll-out of digital signalling on the UK network is already underway. The technology is assisting drivers as part of the Thameslink Programme upgrades and the rail industry will fit 200 trains with digital signalling technology by the end of 2018. Crossrail will use in-cab signalling to deliver more trains and seats east-west through London. 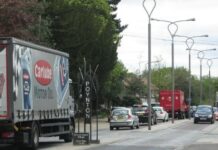 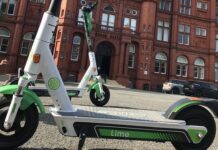 Salford e-scooters to hit the streets on Monday 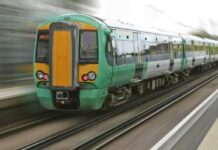 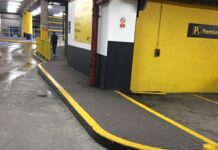 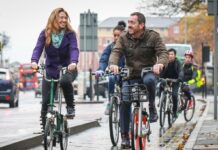 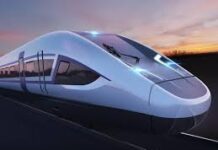 Changes to plans for HS2 at Piccadilly and Airport revealed