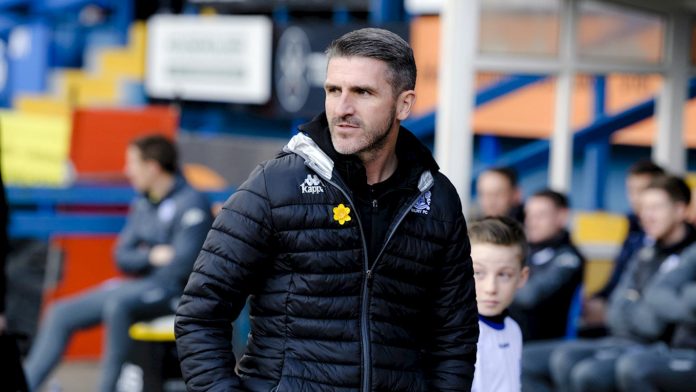 Despite the club being relegated to the second division,Bury have announced that Ryan Lowe has signed a two-year contract to become the club’s First Team Manager on a full-time basis.

“After careful consideration of all the available options, the club feels that Ryan is the best candidate as he fits perfectly with the way the club wish to approach the future.” said the club in a statement

“He has a huge desire to create a successful side as Manager and to replicate his playing experiences at Gigg Lane. His affection for the club is there for everyone to see, and more than anything else, the Board of Directors feels he deserves a chance with his own players and style of play. Ryan is not afraid of giving young players a chance which is something that our supporters engage with, and the club openly encourages.”

Lowe initially took caretaker charge following a 1-0 home defeat to Doncaster Rovers at the end of October and picked up four points from his three league games in charge.

He was then given the role until the end of the season after Chris Lucketti left the club. Ryan won his first game in charge after the Shakers scored two late goals to beat Oxford United at the Kassam Stadium.

Over the course of his two spells in charge, Ryan has a record of over a point a game and has earnt 67% of the Shakers’ total points tally this season.