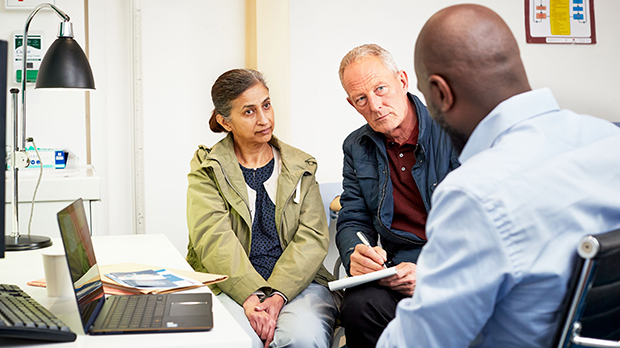 White people in England, are more than twice as likely to get some types of cancer, including melanoma skin cancer, oesophageal, bladder and lung cancers compared with people from Black, Asian or Mixed ethnic backgrounds.

The first analysis in over 10 years looking at which ethnic groups in England are more likely to get cancer has now been published by Cancer Research UK analysts.

Any increase in cancer rates is concerning to the charity. With some evidence suggesting smoking and obesity rates in people from Black, Asian or Mixed ethnic backgrounds could become similar to those in White people in future, experts warn that cancer rates in minority ethnic groups could increase. Given existing inequalities in patient experience, which includes people from minority ethnic groups reporting worse experiences of cancer care and lower survival for some cancer types seen, this is worrying.

Knowing the differences, if any, in cancer rates in different ethnic groups is a key piece of the puzzle when it comes to reducing those differences and improving patient experience.

“To date, this is the most reliable and highest quality study on cancer incidence by ethnicity in England, which shows us there are disparities in cancer rates across different ethnicities,” said Dr Katrina Brown, one of the study authors and a Cancer Research UK statistician.

Getting a better picture

Before today, the most recent analyses that looked at the relationship between ethnicity and cancer incidence in England used data up to 2006 and 2007.

“Ethnicity recording in cancer data at that time was quite incomplete,” said Dr Christine Delon, lead author of the paper. “Around a quarter of cancer cases didn’t even have an ethnic group recorded. Data quality has improved now, and the composition and risk factor prevalence of England’s minority ethnicity populations may have also changed over the past decade, so new information has been sorely needed.”

“It’s really important to understand what the evidence is, where there are inequalities in cancer incidence, to inform efforts in risk factor prevention and cancer service planning and delivery.”

This new analysis, published in the British Journal of Cancer, looked at the variations in cancer incidence rates (the average number of new cancer cases for every 100,000 people per year) between Asian, Black, Mixed ethnicity and White ethnic groups in England, as recorded by the National Cancer Registration and Analysis Service using data direct from hospitals.

The team used data from between 2013 and 2017, taking into account differences in population size and age by using age-standardised rates rather than numbers of cases.

In particular, smoking rates, and overweight and obesity rates – the two largest preventable causes of cancer in the UK – have historically been higher in White people than many other ethnic groups. This is likely to at least partially explain the differences seen in certain types of cancer, including bowel, breast and lung cancers.

“Smoking is the biggest cause of cancer in England and being overweight or obese is the second. Access to stop smoking and weight management services is vital to make sure everyone has the opportunity to reduce their risk of cancer,” said Delon.

Screening uptake is also probably a factor, as studies have shown that White people are generally more likely to attend.

But genetics are also likely to play at least a small role.

“An obvious genetic element associated with ethnicity is skin colour,” said Delon. “And we see that impact on skin cancer risk, where White people are more than ten times more likely to develop melanoma than Black people, and that’s a bigger difference than for any other cancer type.”

However, the genetics that vary between ethnicities is tiny compared to what is shared, which can make determining why some cancer types affect certain ethnic groups more than others very difficult when preventable risk factors aren’t thought to be playing the main role.

For example, this new paper shows Black people in England are almost 3 times more likely to get myeloma than White people, and Black men are also twice as likely to get prostate cancer compared with White men.

This is probably in part due to an increased genetic risk, but the picture is quite complex, and experts still don’t have all the answers.

Residents asked to feedback on plans for low traffic neighbourhood in Cheadle Heath and...