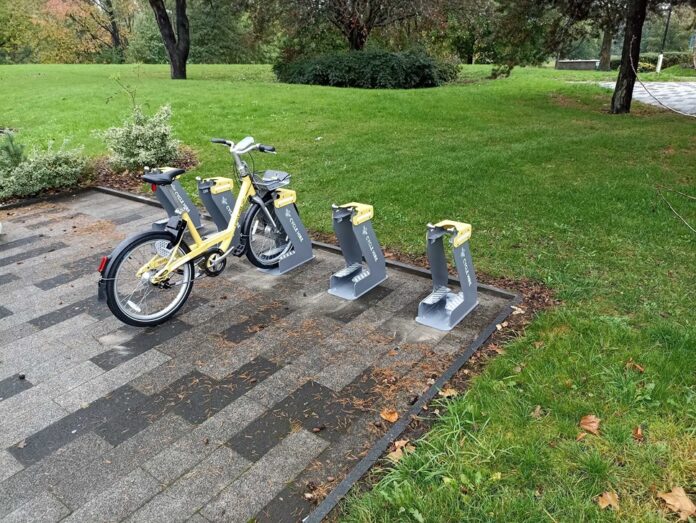 The first docking stations set to be delivered as part of the Bee Network Cycle Hire scheme have been installed at the University of Salford this week – ahead of dozens more being installed over the coming weeks.

Nine cycle hire stations housing 30 bikes have been installed across the University, where staff and students will be able to access the bikes on an invitation-only basis from 3 November.

Work to install more docking stations will continue at key locations in Manchester and Salford ahead of a public launch starting on 18 November, when more bikes will be added to the fleet.

Once the rollout of Greater Manchester’s new cycle hire scheme is complete in June 2022, there will be a total of 1,500 bikes – including 300 e-bikes – available to the public.

The 24/7 Bee Network Cycle Hire scheme, which is being rolled out in phases, will be one of the largest docked systems outside London and will give hundreds of thousands of people an affordable, convenient and quick way to get around.

Richard Nickson, TfGM’s Programme Director for Cycling and Walking, said: “It’s really exciting to see the first cycle hire docking stations installed at the University of Salford, where we will be holding a short, invitation-only phase to test the scheme before opening it up to the wider public on 18 November.

“Bee Network Cycle Hire is going to make cycling an accessible option for anyone in Greater Manchester, whether for a trip to the shops, to commute to work or to get to university.

“I’m looking forward to seeing more stations installed in the coming weeks, and will be waiting keenly for my first go on a bike on 18 November.”