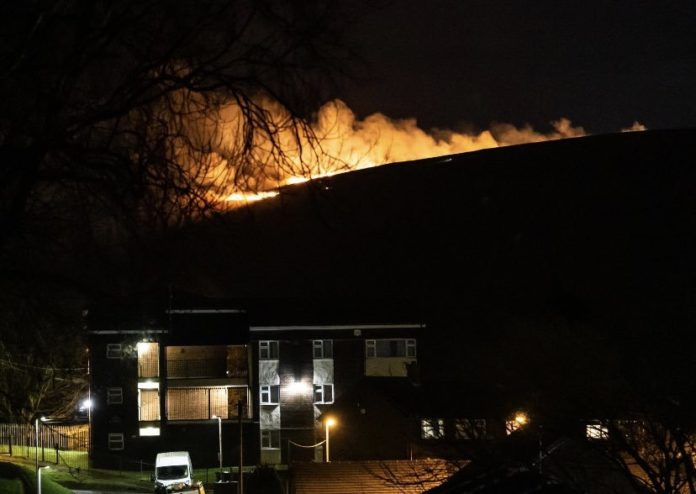 Greater Manchester Fire services have been tackling a blaze on the moors above Stalybridge, the scene of devestating fires last summer.

The blaze which was reported by many people dialling 999, broke out around 7.00pm and fire crews were on the scene for approximately two hours. The cause will be looked into in due course.