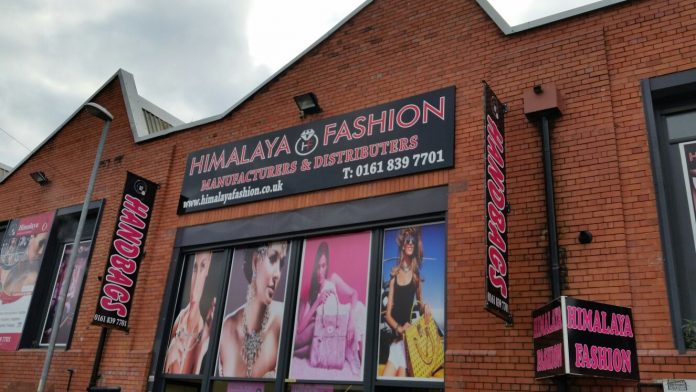 Jewellery purporting to be from brands such as Chanel, Vivienne Westwood and Dior were among 280 counterfeit items seized by Trading Standards from a single retailer, Himalaya Fashion Enterprises Ltd in Strangeways.

Himalaya Fashion Enterprises Ltd and company director Mohamad Hakimi were also fined almost £7,000 when both parties were sentenced for trademark and safety offences at Manchester and Salford Magistrates Court on Friday 4 May .

Trading Standards officers first visited Himalaya Fashion at 47 Sherborne Street, in the Strangeways area of Manchester, on 1 March last year. The visit followed a referral from another local authority regarding unsafe jewellery.

During the visit 284 items of jewellery were seized as they were suspected of being counterfeit. Samples were sent to the relevant trade mark representatives and it was confirmed they were fakes – it is estimated that if the goods had been genuine they would have been worth more than £55,000.

Following a second referral, from a different local authority, Trading Standards officers carried out another visit to the premises later that month. During this visit 2,136 fidget spinners were removed as they were incorrectly labelled.

Further testing revealed the fidget spinners did not meet the requirements of the Toy (Safety) Regulations 2011. A quantity of the fidget spinners failed as the button-cell battery was accessible without the use of a tool posing a major risk to a child should they ingest the battery.

Although a child may not choke, if undetected the batteries can do serious damage to the gastrointestinal system. When combined with saliva, the electrical current from the battery produces caustic soda that burns through the throat or stomach and can cause further damage to other internal organs.

The case was heard at Manchester and Salford Magistrates Court on 12th April 2018 where the company and the director pleaded guilty to all offences.

It was adjourned until 4th May where Himalaya Fashions Enterprise Ltd was fined £3,000 and ordered to pay costs of £2,433 with a victim surcharge of £300.

Company director Mohamad Hakimi was ordered to undertake 150 hours of unpaid work and to pay costs of £1,000 with a surcharge of £85.

Two men jailed for life for murder of four children after arson at a...