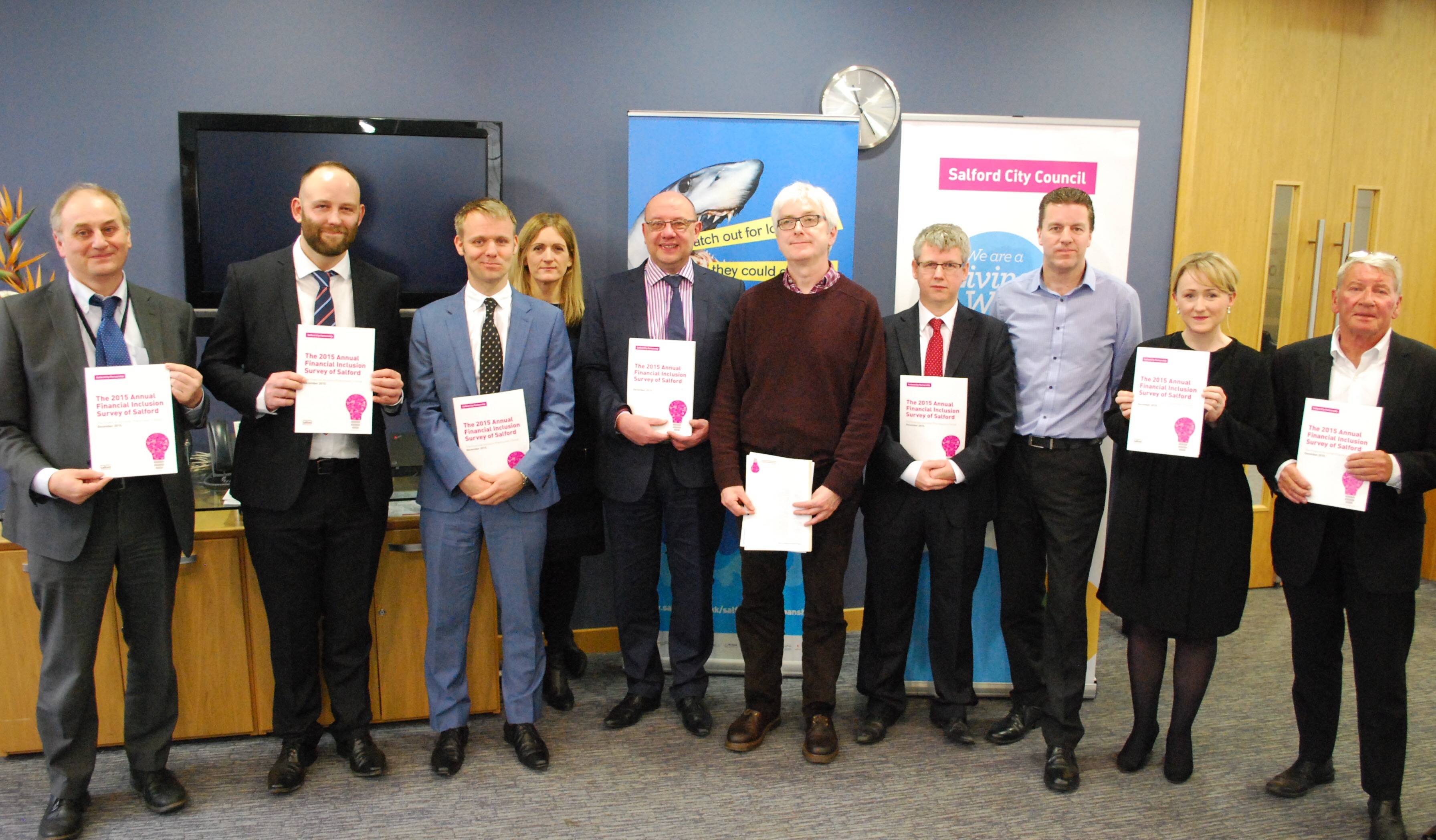 A new report from the University of Salford has painted a grim picture of financial exclusion in the city.

The 2015 Annual Financial Survey of Salford, which looks at whether the system is fit for everyone regardless of income, has found that cuts to welfare benefits, falling living standards and the growth of zero hours contracts are placing local people in financial difficulty.

Over the past years, four bank and building society branches have closed in wards that are ranked in the most 10 per cent of deprived areas in the country. This now means seven wards in Salford are without a bank or building society in their local community.
Financial inclusion expert, Dr Pål Vik from the University of Salford said: “This financial inclusion survey is the first of its kind and systematically monitors financial exclusion in Salford. We hope that by highlighting this we can foster greater cooperation across the City and tackle this major issue.

“In Salford we’ve seen factors such as bank branch closures and a significant rise of arrears in social housing tenant accounts affecting deprived communities. However, the report also highlights the important work by the Financial Inclusion Practitioner Group in Salford, which has worked with residents to deal with debt problems and increase the supply of affordable credit.

“This kind of work has helped to mitigate the negative consequences of financial exclusion, but much co-operation is still needed.”

While banks have been closing branches, Salford Credit Union is making its services more accessible to the community by opening a new main branch near Salford precinct and they have opened new local service points over the past two and a half years. It helps people with poor credit score who feel they have little alternative to exorbitant lenders and helps those in work save and borrow direct from their payroll.
Although current membership is nearly 4,000, with over new 1,500 members joining in the last three years, Salford Credit Union wants everyone in Salford to benefit from its services. And with support from local partners, the Credit Union is ready for major growth.
It has been awarded grant funding (from the Booths Charity) which is helping to upgrade the website and improve marketing materials. A further grant towards the Credit Union’s capital reserves means that growth in memberships can be achieved while at the same time meeting the increasingly tough requirements of the regulators.
Councillor Paul Dennett, Assistant Mayor for Welfare Reform at Salford City Council, said: “The report is pulled together to give an accurate picture of finance in our city.

“It clearly shows that welfare reform is hurting local people and life is tough for the most vulnerable in our communities.

“The council is supporting the growth of the Credit Union thanks to a grant from Salford’s Community Committees which will help towards improvements including offering online membership and online loan applications in 2016.

“Other services for residents worried about money include free, confidential and independent advice from Salford Welfare Rights and Debt Advice Service and Salford Citizen’s Advice.”

The report was published by the Financial Inclusion Practitioners Group (FPIG) who aim to increase access to advice, affordable credit, saving and bank services and improve financial capability. It is made up of affordable credit providers, Trade Unions, social landlords, the council, community and voluntary sector.

Jim rocks his way to £200k for children’s hospice

Planes fuelled by waste could take off from British airports