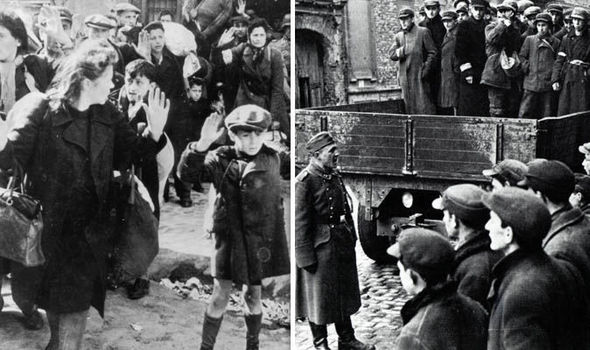 The story of how thousands of documents were saved from destruction by the Nazis in the Warsaw Ghetto will be shown for the first time.

On Sunday January 27, at Manchester Central Library the UK premiere of ‘Who Will Write Our History’ will take place, telling the story of how thousands of documents were preserved for future generations by a small number of brave inhabitants of the Warsas Ghetto.

The Oyneg Shabes archive, also known as the Ringelblum Archive, would survive the war and become a key part in our understanding of life in Warsaw for Jews living under Nazi occupation.

There will also be performances by young people during the afternoon in the library exploring this year’s HMD theme – ‘Torn From Home’.

This theme was chosen to encourage members of the public to picture how their lives would change if uprooted from the place which they call ‘home’.

Earlier in the week Manchester schoolchildren were invited to HOME to hear the story of Holocaust survivor Danny Herman, who when he was only four years old fled from Germany to the UK just before the outbreak of the Second World War.

His story is an example of how refugees can start a new life after fleeing the most horrific of circumstances, and the compassion shown to them by a welcoming country when they were most in need.

Also, as part of a week of commemoration school children have been creating artwork with artist Caroline Slifkin in response to the theme, which will be on display on Sunday in the Library.

Sustainability is at the heart of Manchester Day