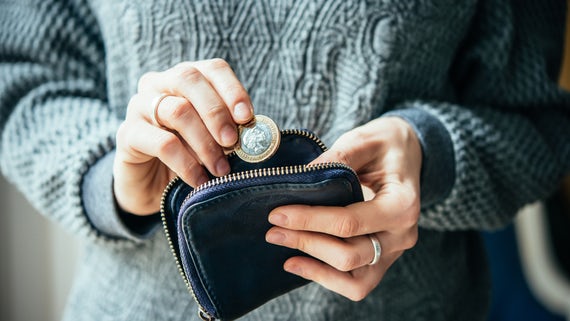 32 per cent of children in the North West are living in poverty, compared to 30 per cent in the UK.

A report out this morning by the Joseph Rowntree Foundation figures also revealed that in the North West, 1.6m people are currently living in poverty, which equates to 23 per cent of the population.

The UK Poverty 2018 examines how poverty has changed over the last 20 years, providing the most comprehensive and up to date picture of the challenges and prospects facing low income families.

In-work poverty has been rising even faster than employment, with nearly all of the increase among working parents. There are now four million workers in poverty, around one in eight in the economy.

The report found that Parents are getting stuck in low-paid work with little progression, especially in jobs in hotels, bars, restaurants and shops.

Gains from the National Living Wage and tax cuts are being outweighed by changes to tax credits and benefits that top up low wages and the struggle to pay for housing,rising social rents, more low-income families with children living in the expensive private rented sector, and growing shortfalls in Housing Benefit are forcing parents to use other income to cover their rent, leaving with them less money to cover other essentials.

“We are seeing a rising tide of child poverty as more parents are unable to make ends meet, despite working. This is unacceptable. It means more families are trapped in impossible situations: struggling to pay the bills, put food on the table and dealing with the terrible stresses and strains poverty places on family life.

“It’s time for us to decide what kind of country we want to be. As we leave the EU, we must tackle the burning injustice of poverty and make Britain a country that works for everyone.

“We can do this by taking action on housing, social security and work to loosen the constraints poverty places on people’s lives. No one wants to see more families being pushed over the brink.

“We have an opportunity to fix this and ensure everyone can reach a decent standard of living – it is one we must seize to make the country work for everyone after Brexit.”

“This report should be a wake-up call for the government: there is something seriously wrong when the number of people in work in poverty is increasing faster than employment.

“Increasing numbers of children in the North West are growing up in poverty as their parents are unable to escape insecure work and low pay.

“Labour will end the social security freeze, introduce a £10 per hour Real Living Wage and build the affordable housing so desperately needed to lift people out of poverty.”